Okay, so we finally got to see the mythic Apple Tablet, ending years (OMG! Years!) of rumors and speculation. But did is the iPad the one tablet to rule them all? No, of course not. One device can never satisfy every usage scenario and personal preference, so here are some tablets for the rest of us.

Powerful and Convertible – So you want a tablet that offers both the joy of a touchscreen slate and the conventional computing system of a laptop. A convertible Tablet PC could be for you. Yes, the years-old Tablet PC form factor is still a viable solution, even more so now with the touch enhancements in Windows 7. The screen opens like a laptop and can swivel around and flip to turn into a slate.

On the hot list now are the Fujitsu Lifebook T900 and HP Touchsmart TM2. They offer both multi-touch and active digitizer pen input on their screens, 13.3” and 12.1”, respectively. They’re packed with Intel processors up to i7 or Core 2, respectively. The Lifebook is a business class machine with a business class price. The Touchsmart, however, is consumer oriented, starting at under $1,000.

Smaller slates – Okay, so you like the idea of a slate you can easily hold in one hand and carry all day, but you’re not hot for theiPad’s iPhone-based interface. No worries. In the “Year of the Tablet”, there are plenty of other slates to choose from. 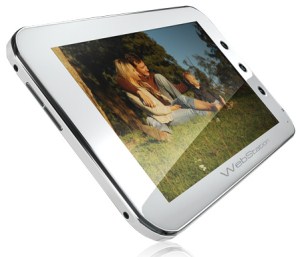 On the smaller side, the ICD Ultra has gotten a lot of visibility this year, appearing on Late Night with Jimmy Fallon before making a splash at CES. It’s loaded with what have become standard tablet amenities (touchscreen, accelerometer, wifi/Bluetooth/3G, etc.) and runs Android 2.0. Still waiting on a vendor to sell it (ICD does design and manufacture), but it’s expected to be affordable.  Available now with very similar specs and shape is the Camangi Webstation for $399. Camangi sets themselves apart by managing their own app store rather than relying on the Android Marketplace (and also by including a kick stand to keep their tablet upright). 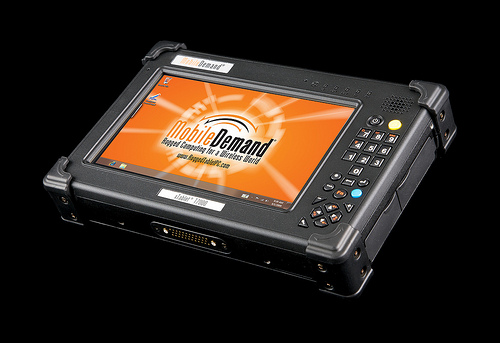 Rugged work machines – Media and games are great for casual users, but what about folks who have real work to do? I don’t mean sitting in a cubicle typing all day. I mean, walking about getting dirt under your fingernails kind of work. You guys need something that can take a beating without losing your data. That’s where rugged tablets come in.

For tough work, the MobileDemand xTablet T7000 makes a sturdy unibody frame look like paper. This thing is military tough (MIL-STD-810F), equipped with dual hot-swappable batteries, has a 7” all-light viewable screen, and runs Windows 7 on an Intel Atom processor for working hard all day. Plug-in modules expand functionality to fit your needs. Equally tough is the Motion Computing J3400, but it offers a 12.1” screen with View Anywhere option and Intel Core 2 Duo processor, making it a mobile productivity machine. Ruggedization costs more, putting these machines in the $2,000 range, but it’s worth it if you’re in the habit of putting your tablets through the ringer. 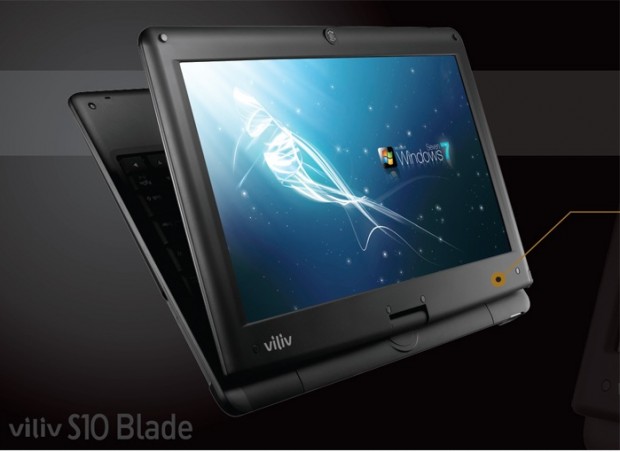 The Asus Eee PC T91MT is the first in the Eee line to offer multi-touch functionality. Its multi-touch screen uses a resistive digitizer capable of recognizing two points of contact. Not terribly great, but it keeps the price down. Screen size is 8.9” and 32GB SSD is standard for its under $500 starting price. It also runs cool enough to not need a fan, so it’s practically noiseless. The Viliv S10 Blade is not quite within reach of consumers here in the States, but it too is a multi-touch convertible netbook, slightly larger with a 10” screen. 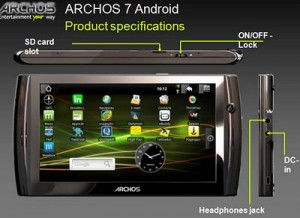 Media tablets – In a class practically all their own are the ARCHOS media and Internet tablets. Starting out with media and web surfing tablets, ARCHOS has kept up with the evolving software and now offers 5″ and 7″ slates that run the Android OS to take advantage of its growing capabilities, as well as a 8.9” tablet that runs Windows 7, though you’ll have to upgrade from the Starter Edition to take advantage of the OS touch features. Prices range from $300 to $500 and, except for their Windows 7 tablet, they offer a range of options to output media from your tablet to your TV. 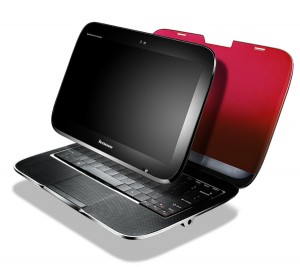 The neo-hybrid – The Lenovo U1 offers the power of an Intel Core 2 Duo processor and Windows 7 when assembled in laptop mode, but switches to a low-powered Snapdragon ARM processor and Skylight Linux OS when the screen detaches for slate mode. It reminds me of Omega Supreme, a Transformer built of many separate parts that turned into the most powerful Autobot when assembled. Release date is set for June, and price is said to be around $1,000. I’m not quite sure who this design appeals to, but if you want be the guy with the unique form factor, this one’s for you. 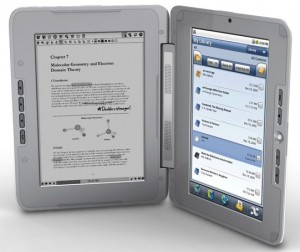 The pen-input eReader + touchscreen tablet – Another unique form factor is the enTourage eDGe. Half eReader, half tablet, it features a dual-screen booklet design, Wacom Penabled grayscale e-ink display on one side and full-color LCD touchscreen on the other. The eReader half supports note-taking with the pen, as well as annotating eBooks. The whole device runs on Android, controlled primarily by the touchscreen side. I admit it’s a tad awkward to handle, but there’s always some compromise with a “best of both worlds” type of device. Starting price is $490. 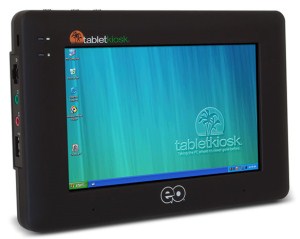 There are, of course, many other alternatives to the iPad, including the many older tablets that have come and gone over the years. I myself still prefer the 14” screen of a Toshiba Satellite R25 or Tecra M7 for its broad inking space, despite its size and weight, and the pinpoint accuracy of an active pen digitizer. If I were to downsize to something smaller, I’d still keep the pen input, so something like the TabletKiosk eo UMPC could be a good fit for me. The point is, mobile computers are very personal devices. One size will never fit all, even if that one is as marketable as the iPad