Don't Use Face Unlock on the Galaxy Nexus

If you care about the security of your Galaxy Nexus, don’t use Face Unlock to unlock your phone.

I know I told you to use it in out Galaxy Nexus Setup and Security overview, but after spending time with the Galaxy Nexus multiple writers have confirmed that Face Unlock on Android 4.0 is just a novelty that offers no real security for your phone.

Before the Galaxy Nexus came out, we shared a video showing that a picture could fool Face Unlock, but hoped that in the real world it would be less likely to happen. Not only can you unlock the Galaxy Nexus with a photo — but Adam Mills’ friends where able to unlock his phone.

We’re not talking about two friends who look like each other, but friends of different nationalities who wouldn’t be confused for one and other by a passer-by. 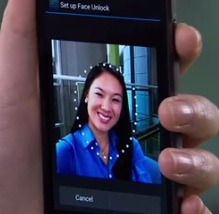 Face Unlock is not secure.

Sure, a friend unlocking your phone isn’t a big deal, but what if it was someone who found your phone or a thief who stole it? Once he unlocked the phone with his face, this person could have purchased apps on Adam’s account, sent emails to coworkers and acquaintances, accessed contacts, browsed through Adam’s pictures and even connected to the GottabeMobile site to delete Adam’s work.

Xavier was able to use a picture of himself on his iPhone to unlock his Galaxy Nexus, which means many Facebook profile pictures could be used to do the unlock.

Sure, you may be able to use a specific odd-looking face to unlock your phone, but what’s the point of looking like Calvin’s school picture every time you want to unlock your Galaxy Nexus.

The recent Galaxy Nexus video is accurate, in that your kid won’t be able to fake your mustache and receding hairline to unlock your phone, but if Bob from accounting wants in you might be out of luck.

In case you need more reasons not to use Face Unlock on the Galaxy Nexus, here you are. Using face Unlock in public looks as awkward and goofy as you think it does, it also takes longer than tapping a PIN or using a pattern. You also miss out on the swipe left to use your camera option on the lockscreen, which means missed photos.