Dragon Dictation Comes to the iPhone 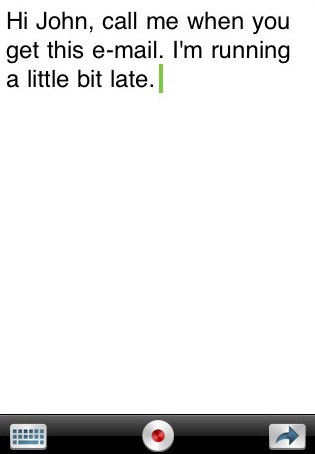 Dragon Naturally Speaking is one of the best speech solutions available for computing according to many. Nuance, the company behind Dragon Naturally Speaking, has now released Dragon Dictation for the iPhone, and several folks who have been in on the testing of it think it is a winner of a speech product for that mobile platform. And get this, it is free. At least at the moment.

Dragon Dictation takes the words you speak, sends them to its service in the cloud, which then runs an algorithm that converts it into text. The text then comes back to your iPhone where you can choose to send it as an email, SMS, or to the clipboard. Testers have been reporting that this works relatively quickly.

Dan Cohen at Gear Diary released a sneak peak at Dragon Dictation a short time ago (video after the jump) and I have to say this looks impressive.