Dragon dropped a collection of update news today including a new version of the popular dictation software and an iPhone app that lets you use your iPhone as a wireless microphone with Dragon NaturallySpeaking 11.5 on the PC.

The Dragon Remote Microphone application is a free download in the app store which will let your iPhone function as a wireless mic that works with Naturally Speaking 11.5 to control your computer, post updates to Facebook and Twitter as well as the dictation features which allow you to turn your talking into typing.

The ability to use your iPhone as a remote microphone is a big deal for users who might otherwise be tied to their computer with a wired headset. The demo video doesn’t show this, but we expect that you can use your iPhone with a bluetooth headset to control NaturallySpeaking 11.5. The Dragon Remote Microphone App doesn’t work with the Dragon Dictate 2.0 for Mac at this time. 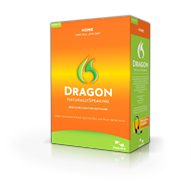 The upgrade to NaturallySpeaking 11.5 is coming in the next few weeks and includes several new features.