DriveSavers might not be a household name, but it’s the most important tech company to my family right now. The company performed a minor miracle by recovering a cherished video of my grandparents from a dead iMac drive.

About a decade ago I sat down with my grandparents at their dinner table with a video camera as they told me how they brought my dad home for the first time, when he reached various milestones and what made him unique compared to his five siblings. My grandfather also managed to squeeze in a bit of advice. I edited the video down to about 35 minutes using iMovie and my mom’s green G3 iMac.

Ten years ago mobile phones didn’t shoot photos or video, and YouTube was still a few years off. The Sony camcorder I toted around recorded video onto Mini DV tapes. Editing it was a serious chore on the slower computers and tiny hard drives. 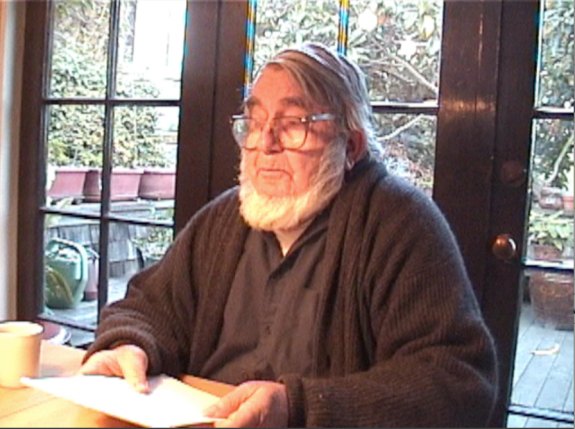 Still frame from lost video of my grandparents

I showed to the video to my dad as a Christmas gift and he loved it. I told him I’d burn it onto a DVD so he could share it with his family members. Life happened and I never got around to that, or backing up the video. A few months later my mom called me to have me take a look at her computer because it was making a loud clapping noise. I instantly knew that it was a hard drive problem and told her to shut off the machine.

I brought over an external USB drive and tried to rescue as much as I could. The iMac kept randomly shutting down as the drive’s damage got worse. I transfered some documents and a very low-resolution version of the video, but the poor little 10GB drive just wouldn’t keep spinning long enough to transfer the larger video files. It stopped spinning after making a few particularly loud claps.

I can’t remember if I’d taped over the original footage or simply lost the DV tapes, but panic set in as I realized the video was likely gone forever. I took the hard drive out of the iMac and tried powering it up in another machine. I tried spinning it up as an external drive with my PowerBook. I searched Google for solutions and foolishly followed advice to try chilling the dead drive in my freezer. None of these solutions worked, and the drive was almost certainly damaged more as I tried to fix it. 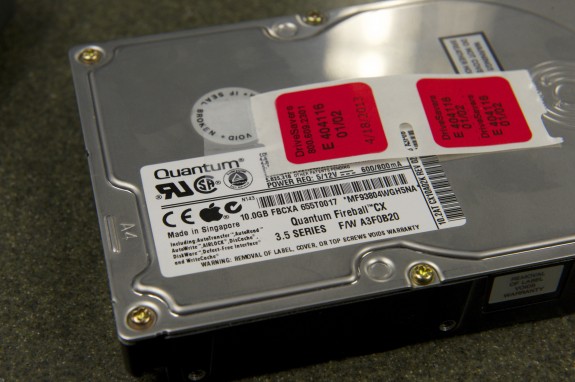 I found some guides on how to fix busted drives using a few simple tools and considered opening it up, but thought better of it. I wrapped the drive in an old laptop sleeve and put it on a shelf. I contacted DriveSavers and a few other driver recovery companies to see about fixing it, but DriveSavers was out of my budget at the time. A couple of other vendors were significantly cheaper, but had poor reviews. I decided to just put it off for a while.

My grandfather passed away in 2008. I showed a couple of relatives the low resolution copy of the video after his memorial, but it was really difficult to watch. Sure, the audio was intact, but you could barely make out my grandparent’s faces. Something that should’ve been a treasure had become something that literally hurt people’s eyes to watch. I was mad at myself for neglecting the video.

A DriveSavers employee contacted me in March to see if I was interested in learning more about their services. We got to talking about some of their new services, some success stories and my dead drive. She offered me a discount on a drive recovery and a tour of the facilities.

I drove to the DriveSavers headquarters and was simply blown away by how sophisticated the facilities and staff were. I’m detailing that visit in a separate article, as it was the most thorough tour of any tech company I’ve ever been on. I spoke to several people that educated me on issues ranging from forensics to why the company employs a full-time crisis management counselor. 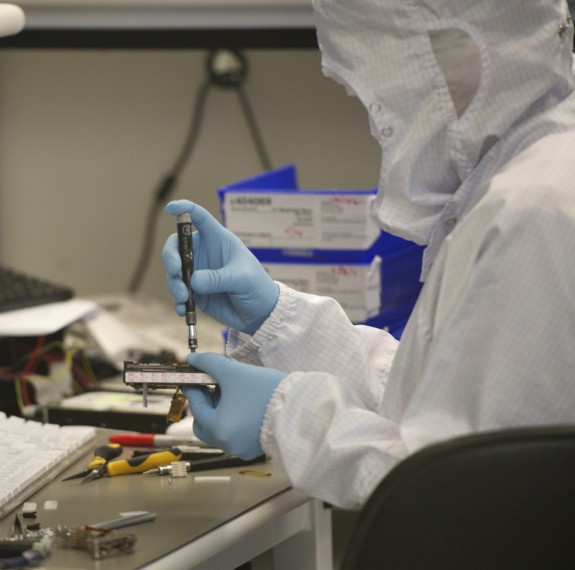 I gave a DriveSavers employee the dead drive from my mom’s iMac and another external drive that I managed to fry by plugging into the wrong power adapter. She checked them in and gave me two case numbers that served as passwords if I needed to check the progress of my drive recoveries. She asked me what about the files I was hoping to recover.

A technician followed up later to say that things looked promising for the 10GB drive with the video on it. I had thought it was beyond repair long enough that I didn’t raise my hopes too high, but a couple of days later the DriveSavers technician called back to ask me if the video clips I was looking for featured an older genteman with a white beard. I still kept my excitement in check as he described my grandfather, as I thought he may have been looking at the low-resolution copy I managed to export all those years ago. I asked him to tell me how big the video files were. When he mentioned that the largest file was 1.2 GB I knew the recovery was a succes.

DriveSavers crammed about 9 GB of data onto a USB thumb drive and mailed it back to me via FedEx. I couldn’t open the ancient iMovie file, but all of the source clips were perfectly intact. I plopped the clips into a new iMovie project and was able to watch the video in all of its full resolution glory. 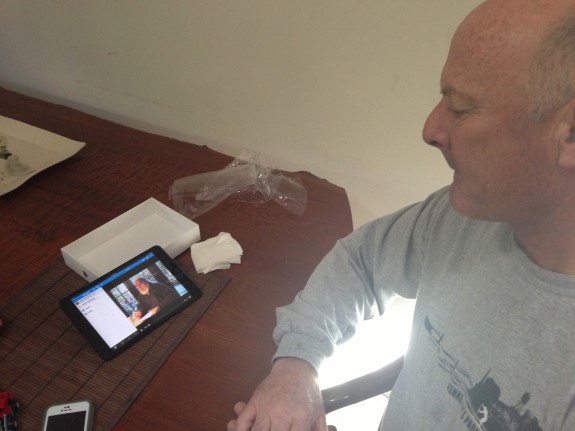 The above photo says much more than any technical explanation can about what DriveSavers does or how they do it. I exported the video onto an iPad mini and gave it to my father for his birthday earlier this month as a surprise. He hadn’t heard his father’s voice in five years, and here it was joyously recalling what it was like to be young and a dad for the first time, trying to figure out how to raise him and his sister while making $4 per hour.

DriveSavers might be a technology company that trades in the world of bits and bytes, but for my family it will always the company that saved a family heirloom.