The Droid Bionic is almost here. With the Motorola Droid Bionic Release bearing down on us, the massive marketing blitz has started with a contest and viral augmented reality game going on at the Verizon owned DroidDoes.com domain.

If you head over to DroidDoes.com’s Bionic landing page, you’ll be greeted with an odd landing page that starts off showing you a video of users on the hunt for a new phone. This phone is, of course, the Motorola Droid Bionic. 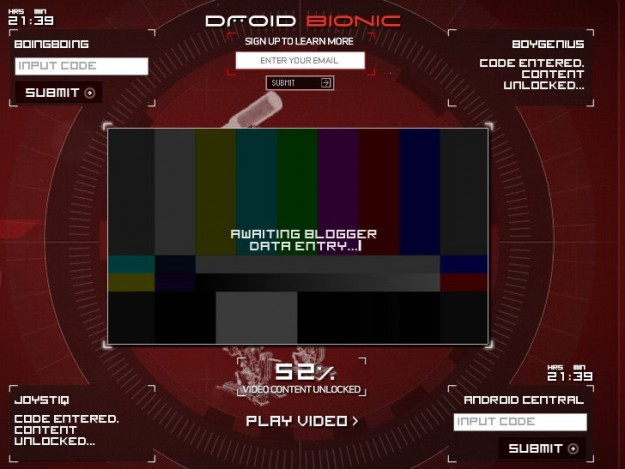 The first Driod Bionic marketing begins, and could net you a free Bionic.

Thomas Shults over at Android Police found out that the code to gain access to level 2 is 242743. Unfortunately, you probably won’t be able to make much sense of this either.

We’ll have to wait and see what happens when Level 3 is unlocked, but until then, you may want to head over to the Android market and download the Droid Bionic ARena app, which claims to be part of an AR Scavenger hunt. The app isn’t confirmed as official, but we think it’s legit for a few reasons.

First, The Droid Bionic landing page says there are 768 chances to win, and if you look closely, you see a user in the video carrying a quadra-copter, which is highlighted in the app screenshot from the Android market.

It is fairly common for Verizon to use this type of viral marketing behind a Droid branded flagship device, so we expect that at least 700 of you have a chance of winning a Droid Bionic if you play along. 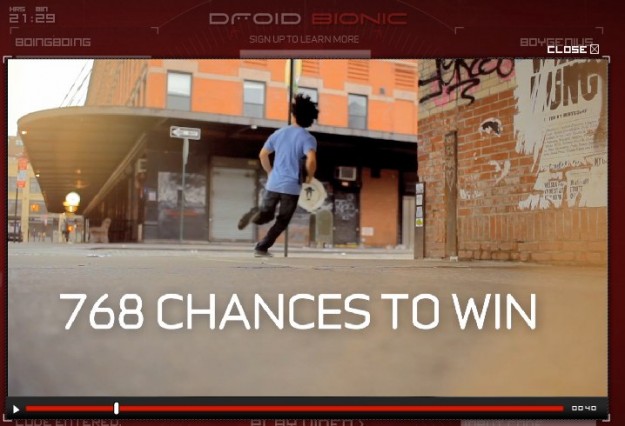 Will Verizon give away 768 Motorola Droid Bionics?

Stay tuned for more on how you might win a Motorola Droid Bionic early.