It’s not a lengthy session but the Samsung Droid Charge’s video preview that appeared today will give you a quick look at the update that still has no time frame and one that has yet to leak out to owners. 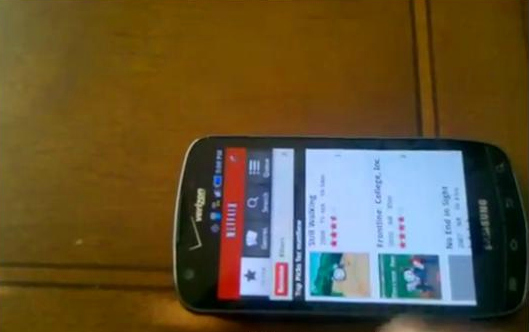 In the video, you’ll not only see Gingerbread running on Samsung’s 4G LTE device, but you’ll also see that Netflix is indeed working on the device. Let’s hope that that translates to the official version as well.

Unfortunately, that’s all we got here. No rumored release date, no leaked ROM, nothing, which means that Droid Charge owners are probably going to be watching this video more than a few times to get their Gingerbread fix.

The fact that this video has leaked out is a good sign though and we wouldn’t be surprised to see something unofficial – and maybe even official if Samsung wants to keep it’s phone on par with the Thunderbolt – roll out in the near future.