The new Droid Maxx delivers a thinner kevlar body with a bigger battery that Motorola claims will last two full days of real use and it packs in a collection of new smart features that Motorola hopes will help take on the Samsung Galaxy S4 and the HTC One.

Motorola and Verizon announced the Droid Maxx alongside the Droid Ultra and Droid Mini at an event in New York today, and wasted no time showing off the new Droid Maxx features and announcing the Droid Maxx pre-orders start today for $299. Users won’t need to wait long either as the Droid Maxx release date is already set for August 20th.

At first glance the new Droid Maxx appears to deliver a design that is on par with the HTC One’s unibody aluminum and smart features that will satisfy users originally attracted to the Samsung Galaxy S4 and S Voice. 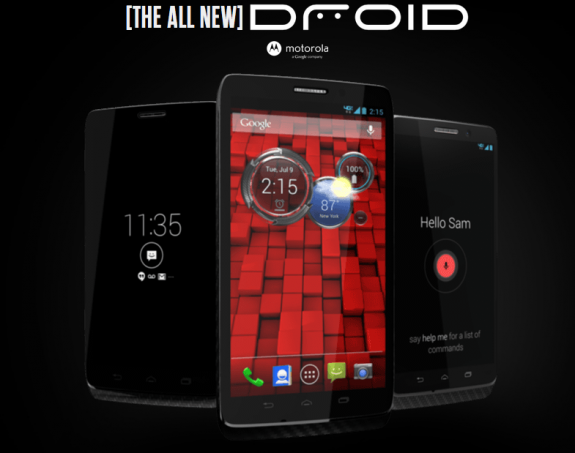 The Droid Maxx arrives with a 48 hour battery life, wireless charging a 5-inch 1080P display and much more.

The Droid Maxx features 48 hour battery life according to Motorola, a bump up from the Droid RAZR HD Maxx which delivered 32 hours. The Motorola Droid Maxx battery is reportedly 3,500 mAh. The Droid MAXX comes with 32GB of storage and is water resistant.

Motorola claims the new processor delivers a 24% faster CPU and a 100% speed increase to the GPU.

With this release Motorola is focusing even more on smart software, something Droid RAZR users are used to already thanks o Smart Actions. The new Touchless Control feature allows users to control the Motorola Droid Maxx without touching it to make calls, check the weather, find directions and more. This appears to be similar to the new Google Now feature that leaked for the Moto X last week.

This video also shows off Active Display, a new Droid Maxx feature that shows a small notification on the screen rather than on an LED which could leave users guessing as to what the notification is for.

The Droid Maxx includes Quick Capture which will let users quickly open the camera app and start taking photos with the Droid Maxx, likely with a flick of the wrist as shown in the video above.

In addition to these features the Droid Maxx includes Droid ZAP, which will let users wirelessly share photos with friends with a swipe, as long as your friends are using a Droid Mini, Droid Ultra or Droid Maxx. 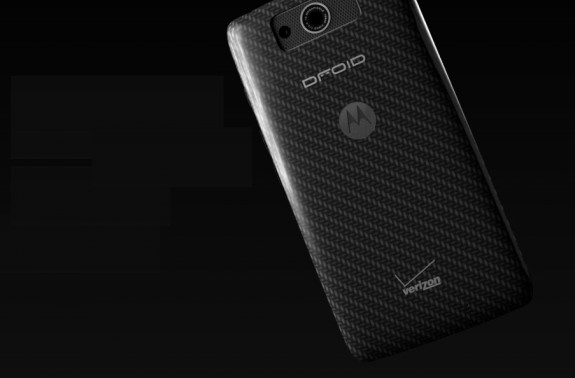 The back of the Droid Maxx is covered in Kevlar.

The new Droid Command Center is part of a familiar circle home screen widget that now offers access to the Droid Zap feature and other controls.

While Motorola didn’t go into specifics, look for a new lineup of Droid Maxx accessories to arrive alongside the phones in August.

The Verizon Motorola Droid Maxx pre-order page is not live yet, but customer service reports that users can call in and pre-order.