As part of the new Droid RAZR family of devices Motorola announced the Droid RAZR M.

The Droid RAZR M is the smallest, cheapest member of the new Droid RAZR family, but it doesn’t cut corners like most budget smartphones.

The Droid RAZR M will arrive on Verizon Wireless next week for $99 after a $50 mail in rebate and pre-orders start today at 5 PM Eastern.

The Droid RAZR M stays small, but thanks to an almost edge-to-edge screen design its 4.3-inch qHD display fits into the small form factor. This display features Corning Gorilla Glass and at the event Motorola showed off the added viewing area compared to the iPhone 4S’ 3.5 inch 4:3 aspect ration display. Check out the comparison below.

The Droid RAZR M is available in black and white versions and measures 4.82 inches tall and 2.39 inches wide. Motorola didn’t announce the thickness, though it looks rather thin. Inside there is still a 2,000 mAh battery, which should help users last through the day.

Sadly the RAZR M ships with Android 4.0 Ice Cream Sandwich, but Motorola and Verizon promise an update in 2012, and showed off demo devices running Jelly Bean at the event today. 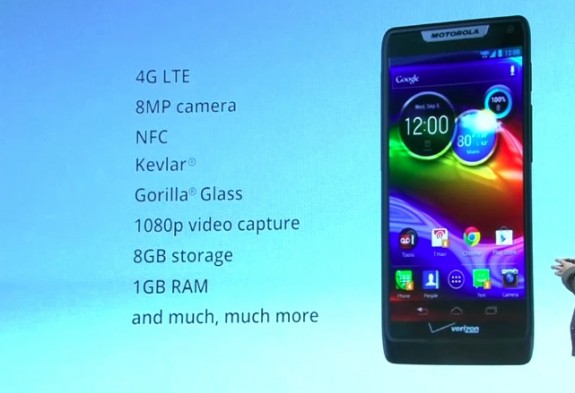 The back of the phone is the same Kevlar we saw on the Droid RAZR and Droid RAZR MAXX, so it should stand up well to heavy use.

Here’s where users can preorder the Droid RAZR M at 5PM eastern today and it launches on September 13th.

Check out the Droid RAZR HD and Droid RAZR MAXX HD to see what else Motorola announced today. 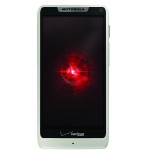 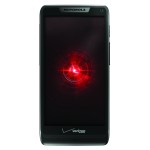 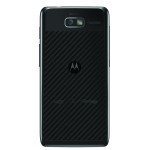