Dual Ultrapixel Lytro-Like Cameras Spotted on HTC M8, But Does It Matter?

A leak of the HTC One successor, code named HTC M8, yesterday shows a device bearing a striking resemblance to the original HTC One, but with a larger display and slimmer bezels, was thought of as unbelievable, and now we have a new leak that may reveal the new HTC One 2’s back side. Supporting earlier rumors that the HTC One successor would have two camera modules on the rear side, this one shows two cameras, placed vertically, and a design that does resemble the HTC One from the back. 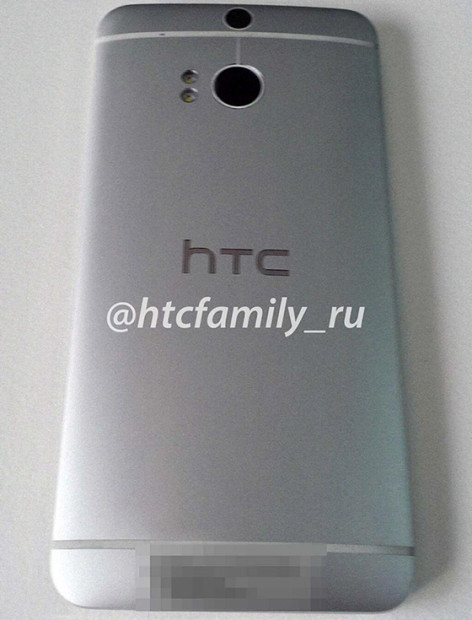 Speculations suggest that HTC would be using the dual camera modules for two purposes. The first purpose may be to help with autofocus speed so that the camera can lock focus quickly and take a shot, especially in low light situations. The second purpose would be to be able to adjust the focus, similar to how a Lytro camera works. After an image is captured, the user would presumably be able to adjust what is in focus and what is blurred to create emphasis and dramatic effect on an image.

Rival Nokia had offered the re-focusing effect after an image has been captured, though the Windows Phone-maker had done so through software, rather than hardware. On the Nokia Lumia 1520 and Lumia 1020, the Nokia Refocus app takes a series of images and users can adjust the focal point after the image is saved to show what’s in focus and what’s out of focus. By allowing users to change the focus after an image is captured, a new story could be told where either the background, foreground, or subject is in focus or out of focus.

On a smartphone, however, where the sensor is still smaller in size than a traditional DSLR or even a 35 mm full-frame camera, the refocus effect is still more muted. Nokia, for example, advises that users need to be close to the subject to have the best result. This means that if you’re far away from your subject, the blurring and refocusing ability would be less dramatic. For most users who aren’t taking macro shots where the camera is close to the object being captured, the Lytro-like effects would probably matter less as they won’t be as pronounced, which begs the question if HTC would be able to improve through hardware what is still difficult for Nokia to achieve through software.

When HTC had debuted the HTC One with the Ultrapixel camera, the company says that the camera sensor is only capable of resolving images with 4 megapixels. This pales in comparison to rival Samsung’s Galaxy S4 with its 13-megapixel sensor and Apple’s 8-megapixel iPhone 5s camera. However, HTC says that the 4 megapixels of the Ultrapixel are better because each pixel is larger–up to twice as large as a similar sensor–to allow more light to enter the sensor.

Coupled with optical image stabilization and larger pixels, the HTC One, therefore, is able to capture better images in low light. This claim holds true, though you do lose some details due to fewer pixels when capturing images in daylight.