With a press release this morning, video game developer Electronic Arts is confirming that it no longer has plans to continue the EA Sports Season Ticket subscription service that let users get early copies of its sports games like Madden. That being said, the company isn’t fully cancelling the program until next year leaving hard-core Madden NFL 15 fans to pick up the game for the Xbox 360 and PS3 for just $19.99.

To be clear, for this year nothing much has changed about EA Sports Season Ticket except for the price. $19.99 gets users a 20% discount on DLC, an assortment of Ultimate Team packs, and access to Madden NFL 15, NHL 15 and FIFA 15 earlier than anyone else. 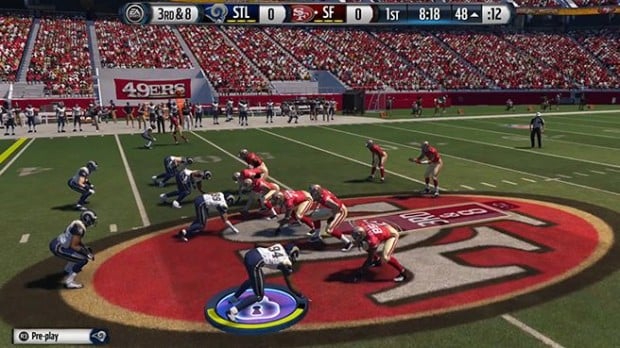 Electronic Arts introduced EA Sports Season Ticket as a way to keep hardcore fans engaged back in 2011. Since then a lot has changed. For starters, both the Xbox One and PS4 are on store shelves. EA Sports Season Ticket was a way for hard-core fans to stay engaged, but only if they were using the Xbox 360 and PS3, Electronic Arts never shared any information about making the service available on newer consoles. We now know that’s because the company was working on EA Access for next-generation consoles.

EA Access is about making all of Electronic Arts’ titles available to users. So whereas EA Sports Season Ticket didn’t include a single first-person shooter, EA Access gives Battlefield 4. EA Access subscribers pay $4.99 a month or $30 a year for access to Madden and FIFA. However, today EA Access only includes downloadable copies of Madden NFL 25 and FIFA 14. A trial of Madden NFL 15 is available to EA Access users, but it only last six hours total. So far, Electronic Arts has been pretty vague about how often it plans to add titles to EA Access. That’s bad because it could be a very long time before we see Madden NFL 15 arrive on the service. EA Access isn’t available on Sony’s PS4. Users do get demo versions of titles early too.

At that point, EA Sports Season Ticket will stop working, forcing users to purchase all of this downloadable content separately through the Xbox Games Store or the PlayStation Network. Purchasing a copy of either FIFA 15 or Madden NFL 15 costs $59.99.

Madden NFL 15 launches on August 26th. When it does users should notice a ton of changes related to defensive game play. Players will be able to choose between different kinds of tackles. Effectively, forcing them to make split second decisions about risk versus reward. Earlier today, Electronic Arts revealed that users will be able to lock over defensive plays and strategies using CoachGlass, a second screen experience for the Xbox One’s iPad, iPad, Android and Windows apps.