The first iPhone 6 Black Friday deals arrive on November 15th, offering an iPhone 6 for $99 and $100 off the other iPhone 6 models with more storage.

This beats our Apple Black Friday 2014 deals predictions and is a straight up deal, instead of gift card discounts that we normally see.

Shoppers can find the Sams’s Club iPhone 6 deals in-store at Sam’s club on November 15th, with $100 off the iPhone 6 models with all colors and all storage options. 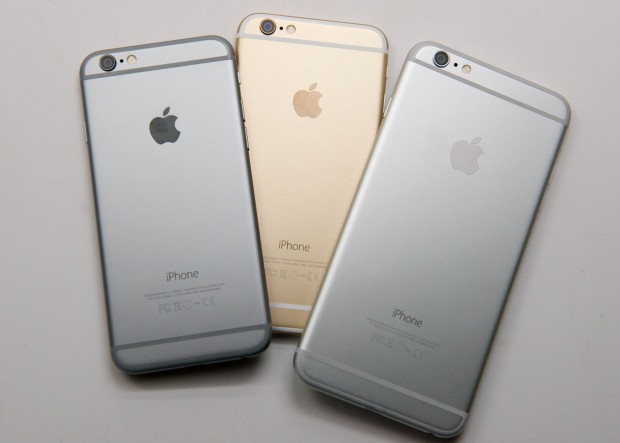 You will need to go in store, and you need to be a Sam’s Club member to take advantage of this deal. You’ll also need to be eligible for an upgrade and to sign a two-year contract to score these deals. Here’s the breakdown of these early iPhone 6 Black Friday 2014 deals.

This is $100 off the iPhone 6’s normal price at carriers and retailers. This is valid one day only and users will need to act fast as there are only 40-50 iPhone 6 models available in each Sam’s Club for this early iPhone 6 Black Friday deal.

The leaked ad arrives from GottaDeal, which shares the full ad including iPad Black Friday deals and other savings on electronics. Even though it is two weeks before the official Black Friday 2014 event, this is still well within the bounds of early Black Friday 2014 deals, which start at Walmart on Monday November 3rd.

The iPhone 6 is still hard to find in retail stores, but it is getting easier to walk in to a carrier or retailer and buy a new iPhone 6 without standing in line. The big discount and poor availability make this iPhone 6 Black Friday 2014 deal even more attractive to buyers, which could lead to lines or a fast sell out.

A basic Sam’s club membership is $45, so even if you need to sign up for one to get this deal, you can save $55 over buying the iPhone 6 in an Apple Store or at a carrier. The membership is valid for one year, and includes full access to the store’s sales. This could prove to be a good investment for other Black Friday 2014 deals that will likely include big discounts on HDTVs and other items.

As part of this same promotion Sam’s Club offers $100 off the iPad Air 16GB model, which means you can buy the older iPad for $299. The Sam’s Club iPhone 6 deal is only in store, but this iPad Air deal is online for members only.

The special event also includes a Vizio 60-inch 4K TV for $998, which is a deal combination we may also see repeated at other retailers as 4K TV Black Friday deals become a frequent doorbuster this year. That’s $650 off the regular price of this Vizio 4K TV.