The early NHL 15 release date is finally here, allowing Xbox One owners to download the full NHL 15 game and start playing five days before the NHL 15 release date next week. This is the second game to get an early release on the Xbox One as part of EA Access and it appears to be running smoother for users.

Later this month the early FIFA 15 release will offer the same access, and users that subscribe to EA Access today can try both of these games early without paying the subscription fee twice.

The early NHL 15 trial includes access to the full game and all progress carries over to the official release next week including achievements, team creation and your early wins. 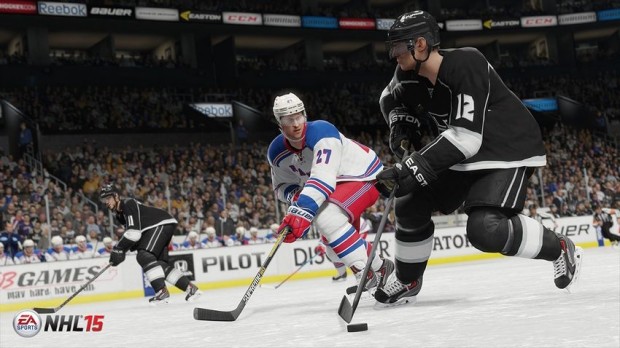 The early NHL 15 release date is here and we share what you need to start playing.

If you download NHL 15 early for EA Access you’ll already have the full game installed which means faster playing when you get your disc or digital purchase next week.

Unfortunately you can’t play NHL 15 for five days straight as part of the early release. EA only offers a six hour NHL 15 trial and this runs any time the app is open and running on the Xbox One. When you are done playing quit the game and start a new app if you want to be safe.

You’ll need an EA Access subscription to take part in the early NHL 15 release date and trial. This is $5 a month or $30 a year and it includes more than just early trials. You get access to The Vault which includes FIFA 14, MAdden 25, Battlefield 4, Peggle 2 and soon it will include Need for Speed Rivals.

EA also includes a 10% discount on digital purchases including the full NHL 15 and FIFA 15 games. If you buy one of these games digitally you already make up your $5 monthly fee in savings. This also includes DLC and in app purchases like player packs.

For gamers that want to play only a fee of the new games, and don’t care about the older items, it makes more sense to do a monthly subscription.

Once you have an EA Access subscription you can search the Xbox One marketplace for NHL 15 full game and choose to download free with EA Access. Before you do that you need to download the EA Access hub and sign up for the service. You can only pay with PayPal or a credit/debit card, no Microsoft balance payments allowed.

The full NHL 15 game will download to your Xbox One, which takes time depending on your connection speed. After this completes you can start playing NHL 15 early. You’ll see a timer when you start NHL 15 letting you know how much time you have left in hour increments and then in 15 minute increments when you have less than an hour of play remaining.

You can only get this on the Xbox One, but there is a PS4 NHL 15 demo that will at least let you experience the new gameplay, graphics and NHL 15 features. EA delivers their first hockey game for the PS4 and Xbox One this year and it is tuned for the new consoles to use the power for better graphics, better puck and player physics and realistic arenas.

You can buy NHL 15 on Xbox One and PS4 at Amazon and other retailers. There are PS3 and Xbox 360 NHL 15 releases coming next week, but they do not include all of the new features. You can also buy NHL 15 Ultimate Edition – Xbox One with added Pro Packs for the NHL Ultimate Team mode for $10 more.