Ahead of the consumer launch of Research in Motion’s smartphones running on the BlackBerry 10 operating system, the Canadian smartphone-maker has been courting CIO.com journalist Al Sacco to do an early review of the BlackBerry 10 model with a physical QWERTY keyboard. The high-end smartphone should be akin to today’s BlackBerry Bold smartphones, which features a hardware keyboard. 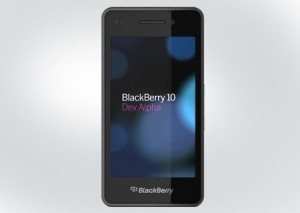 Though Sacco was not able to describe specs or reveal any additional information from what is known today, the early review depicts the keyboard as being ‘fantastic’ and that the software ‘feels unique.’

RIM will introduce two BlackBerry hardware models at the launch of BlackBerry 10. The first model will be a touchscreen-only device and a second model will follow shortly after the slate model and will bear a hardware keyboard. Speaking of the keyboard, Sacco says:

RIM definitely did not let down customers who love that QWERTY hardware keyboard with this new device. The keyboard is fantastic, and even though I only spent a few minutes typing on it, I was impressed right away and plan to get a new BlackBerry 10 QWERTY smartphone as soon as possible.

According to Sacco’s review, the model with a touchscreen and the physical keyboard has a 720 X 720-pixel touchscreen. The square touchscreen is a departure from RIM’s landscape-oriented displays of yore and harks back to Palm’s and Handspring’s Treo era.

Most importantly, the BlackBerry 10 software feels unique; it doesn’t feel like iOS or Android or Windows Phone. It feels like BlackBerry 10–and maybe just a little bit like Palm’s retired webOS. That uniqueness is refreshing.