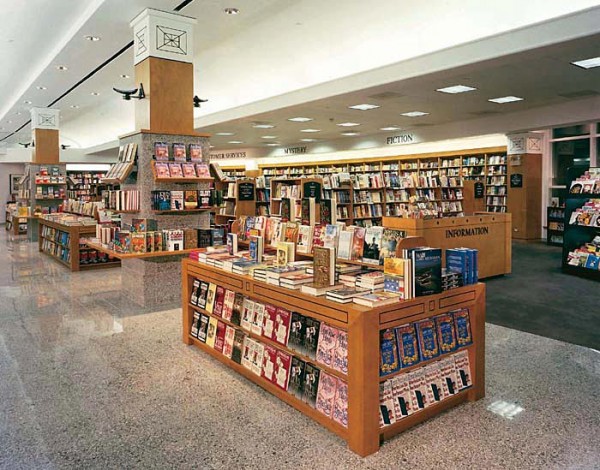 Back in the days that I lived in Chicago it was a free fire zone in the Book Store wars. Downtown Chicago was certainly the centerpiece but in the area where I lived around Clark, Diversey and Halsted streets it was also full of action. Most of the book stores had a location in my neighborhood including Barnes & Noble, B. Dalton, Waldenbooks, Kroch’s and Brentano’s, and the one that really shook things up, Crown Books. There was also a really good independent book store, Barbara’s Bookstore, within a short walk up Broadway. There may have been more but my memory is a little foggy. Here’s an interesting article from back in the day about those Chicago Book Store Wars. What was fantastic for consumers was that you could price compare on a nice weekend stroll around the neighborhood. Occasionally you found a good deal, but usually the prices were about the same.

Of course that was back in the day before Amazon took off and changed so much about Internet commerce and book buying in general. Now that Google has entered the fray with its own online Book Store things sure look a bit familiar when I think back. Amazon is the king of the hill at the moment and probably will stay that way. Barnes & Noble is working hard to play Avis in this current scrape. Apple is lagging behind but still has a shot even though it can’t seem to come to terms with some publishers. There’s rumors that Borders and B&N might merge, and Google is now smack dab in the middle of it all with some considerable clout on day one.

For consumers this offers some choice depending on how you want to read eBooks. If you want a specific device (The Kindle or the Nook as examples) you can limit yourself to one catalog or the other of titles. But you can choose options that allow you to read from all the big players on just about any device as well. In my early looking prices varied a little here and there but not by much and not to any great degree, again reminding me of those book store war days. You’d occasionally find a deal but by and large the prices were all the same once Crown and its discounting business model disrupted that market.

So what will the differentiators be? Or will they even be necessary? I don’t see price being a major difference maker, as I’m guessing beyond promotions the price points will all end up around the same. At the moment it looks like selection is really the only real difference maker and perhaps ease of use and habit. Amazon certainly has an edge when it comes to ease of use and title availability. But B&N and Google can essentially offer the same thing. Andy Ihnatko recently pointed out that with some hacking you can use the Kindle Reader on the Nook Color, which is Android based. So I guess if you wanted you could use that device to read from them all. But you can essentially do that with any iOS or Android device as well as with your laptop. And don’t forget there are other eReader choices out there. Stanza (owned by Amazon) comes to mind, and there are others.

So, if you can essentially have the same thing regardless of platform which eBook seller will you choose and why? Let us know in the comments.