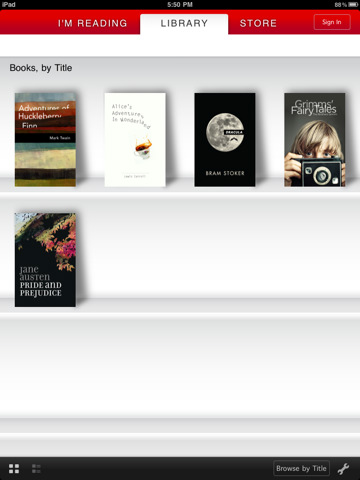 Everybody wants a piece of the eBook action. Yesterday we saw the great price drop for the Amazon Kindle and the Nook. Today we’re seeing Borders announce the availability of its eBook reading app for the iPad and the iPhone. From what I’m reading the Borders app doesn’t come with the syncing function that we see from other apps that allow you to sync your place in a book between devices.

All of this is great fodder for industry watchers who all seem to want a corpse at the end of the day. They seem to think that the Kindle (and other dedicated reading devices) are on the way out in favor of the iPad. That may eventually prove to be the case, but I’ve been saying for some time (since the Kindle reader app was released for the iPad) that the only thing that is going to kill the Amazon hardware off is Amazon and its very smart effort to make its app work on multiple platforms. I see that Om Malik agrees.