The eco-friendly Samsung Exhilarate smartphone will be hitting AT&T’s 4G LTE network on June 10th for a mere $49.99 with the signing of a new two-year contract.

First announced at CES 2012 in January, AT&T’ Samsung Exhilarate will be a mid-range device that will appeal to those that want a smartphone with sustainable features.

It’s the first AT&T 4G LTE smartphone that has been UL (Underwriters Laboratories) Platinum certified as it features a rear casing that is constructed from 80 percent recycled material.

In addition, it features an energy efficient charger that will alert users when the device has been 100% charged. Typical chargers do not do that.

AT&T has also said that this device will be the first AT&T smartphone to head through its eco-rating system which the carrier plans to unveil sometime this summer.

The Samsung Exhilarate features a 4-inch Super AMOLED display, a dual-core 1.2GHz processor, a 5MP camera that is capable of shooting 720p video and a 1.3MP front-facing camera that will allow users to video chat. 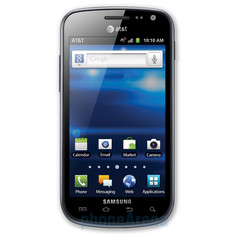 It also, again, features 4G LTE data speeds which means that it will be able to pull down speeds that can reach up to 10 times faster than AT&T’s normal 3G network.

And where LTE is not available, it will use AT&T’s HPSPA+ network which is also faster than 3G.

Currently, AT&T has its 4G LTE network up in around 40 markets around the United States with more expansions planned for throughout 2012.

The Samsung Exhilarate will become available in all AT&T channels come June 10th which means that it should be available both online and in-store.