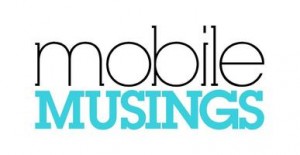 How important is it to turn in your old cellular phone for recycling? How does your mobile phone usage and behavior impact the world at large? And are you aware that you are in fact carrying hazardous waste everyday in your pocket, purse, or bag? These were some of the questions that were asked, answered, and discussed at a Nokia discussion panel in the company’s Sunnyvale, California offices as part of the the Mobile Musings (Twitter hashtag: #MobileMusingsSV) talk series centered around eco-consciousness in the mobile industry.

With eco-awareness starting to trickle down to the mobile sphere, we’re seeing various companies announce their green plans. When Apple announced the iPhone 4 last summer, CEO Steve Jobs said it was one of the most green phones on the market because of the materials used and the pollutants not used in the flagship smartphone’s creation–glass and the stainless steel band are highly recyclable materials, according to Jobs. Sprint, most recently, announced that it is taking its eco-friendly mission to the next level by announcing the Samsung Replenish, the first smartphone that’s being marketed as an eco-friendly device that packs powerful punches while shining a green thumb at BlackBerry purists with a form factor similar to BlackBerry devices, but made of recycled materials, comes with an optional solar power charging accessory, and leverages the power of Google’s Android OS.

Aside from these options, are there other ways to be a power-packed smartphone user while being friendly to the environment? How much of what’s being touted by company is a result of greenwashing, or merely using an environmental spin to gain PR and free publicity through marketing? As the sixth greenest company in America–which makes it the U.S.’s most green carrier–Sprint’s CEO Dan Hesse at the separate Sprint event says that his company is dedicated to preserving the environment through small measures that have an impact on the company’s bottom line. As it turns out for Sprint, being green to the environment helps the carrier save a lot of green bucks. And of course, mobility is a driving force behind Sprint’s green campaign.

Sprint employees at the company’s Overland Park, Kansas headquarters are able to help save gas and reduce traffic. The company allows employees to work from home three days a week, which means that employees don’t have to fuel the tank as often and contribute less to traffic congestion, which in turn helps other motorists save gas by reduced traffic. This is in large part enabled by a large part to mobility–with the rise of mobile broadband hotspots–like the Sprint 3G/4G MiFi Mobile Router–and smartphones, employees can work anywhere, anytime, and be always connected.

However, with increasingly powerful devices–we’re seeing battery hogs like 4G LTE’s power consumption, dual-core CPUs, increased camera resolution–how can we help save the environment with our power-rich mobile lifestyles?

Nokia’s candid panel of speakers echo Sprint’s sentiments–re-use and recycle. With new powerful devices being introduced every three months or so, it seems that the power user in us are always lusting for the next biggest and greatest in mobile technology, but our old phones are worth something. Sprint bundles an envelop inside every retail box with each new phone sold, and the company also pays users to recycle. But before recycling, there’s always the re-use philosophy. While your old cell phone may not be worth anything to you, it still has value in the secondary market. Companies like Ebay are launching buy-back programs, where they’ll source it out to a third-party to buy back your phone depending on the condition of your old handset and pay you for it. In turn, they can sell the phone to a user here in the U.S. or in other parts of the world.

So why is it important to recycle your old handset? In California, at least, while it may not be illegal to throw your handset in your garbage can, it is illegal for the phone to end up in a landfill. With complicated recycling laws, it is sometimes hard to make sense of the regulations, but doing the right thing can help save you money and the planet. When recycling through buy-back programs like those of Ebay’s or Sprint’s, you can get some money out of your used handset–or you can sell it yourself on Ebay or Craigslist and wait for the highest bidder. Additionally, cell phones have battery, and these batteries contain harmful chemicals.

For one, if your battery has cadmium (nickel-cadmium) in it, the battery, if leaked, can cause cadmium poisoning. Moreover, cadmium is a carcinogen, according to the panelist from the Santa Clara County Department of Environmental Health at Mobile Musings, which can cause cancer. Moreover, newer batteries today have lithium in it (lithium ion), which is a highly flammable substance and can cause fire or explosion if not disposed of properly.

Even if your phone has no re-sell value–for example, if it’s too old for the market–it is not doing much good sitting in the back of your drawer. Recyclers and collection facilities could dispose of your phone safely for you and can harvest the parts within the phone to recycle and perhaps create new phones with. The metal contacts, various plastics, and and glass within the phone can be recycled.

Another simple step that users and consumers can take to make a difference is to unplug their chargers from the outlet once they unplug their phones. Chargers, when connected to an outlet, still consume energy and is sometimes referred to as phantom drain. By removing the charger from the outlet after you’re done charging, you can help to reduce energy consumption; Nokia’s smartphones advises users to unplug their chargers from the wall when the phone is unplugged as a reminder.

With users owning more devices these days–tablets, smartphones, computers–we’re going to see more electronic waste being created after these device’s end of life cycle. However, if we all are aware that when we upgrade our iPads to an iPad 2, the iPad’s life cycle doesn’t end there–it can live happily on once re-sold to someone else like a used car lives on, or it can be melted for parts. From reusing to recycling, leading and living the mobile life can be great for the earth just as long as we’re aware of our impact.