Most external battery packs are fairly bulky, especially the ones that cram in five-digit milliamp hours. However, EnerPlex wants to change that by offering a 10,000 mAh battery pack that’s only 6.7mm thin, with the battery spread out over a large surface area, making it a better fit for a backpack or a binder.

Speaking of fitting in a binder, the company even put holes on the side of the Jumpr Slate specifically to fit it in a three- or two-ring binder, and it’s thin enough that it won’t bulge out. 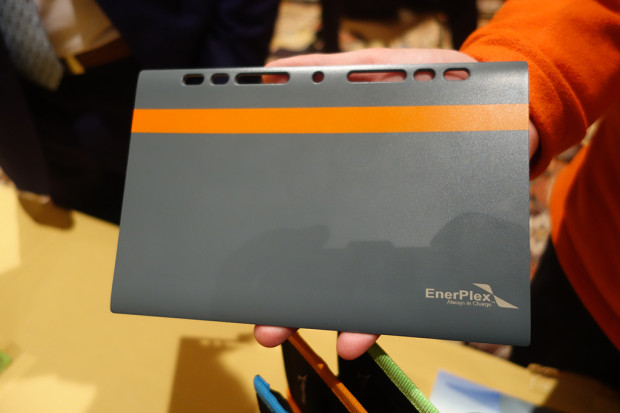 It’s thin, but it has room on the sides for two full-size USB ports (pushing 2.4 amps) and a microUSB port, with a set LEDs to let you know how much battery you have left to give your devices that need it.

We’ve had some time to play around with it and hold it to see how heavy it is, and it does carry some heft, but it’s not as heavy as we might have originally thought. Afterall, it is packing 10,000mAh worth of battery. Any battery pack with that much juice will certainly weigh you down just a tad, but you’ll also be able to charge any of your gadgets several times over without a problem. 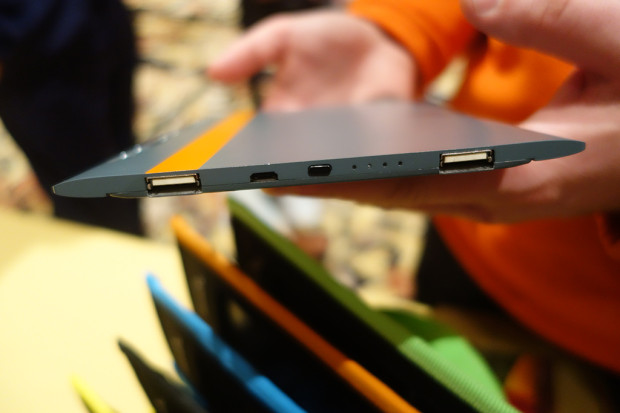 The Jumpr Slate will release at the end of the month with a price tag of $99. There’s also a smaller version that comes with 5,500mAh worth of juice that will cost $59.