In an epic 18 minute video, members of Hello Games development team reveal a lot about their exciting and unorthodox new game coming exclusively to Sony’s PS4 video game console in the living room: No Man’s Sky.

New video of No Man’s Sky wasn’t leaked, but rather Hello Games sat down with video game website IGN to show off a lot of what’s in the game. Officially, No Man’s Sky is a space exploration game. Unofficially, it’s been sort of hard for everyday gamers to wrap their mind around what players in No Man’s Sky actually do. That’s why this detailed video with the game’s developers is so important. 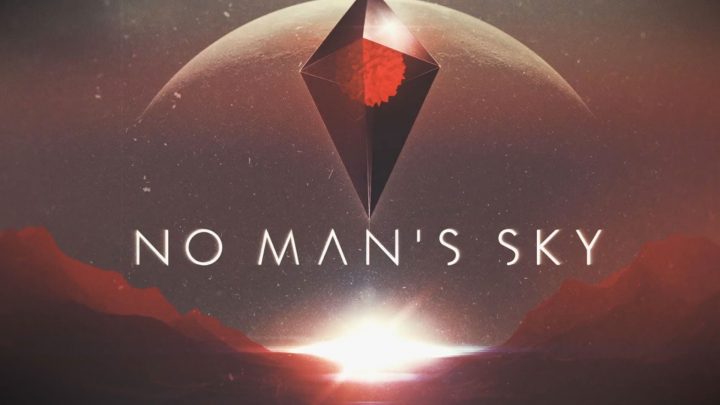 The No Man’s Sky video starts with players free-roaming what the Hello Games team describes as a “totally normal” planet in the game. Around the planet you can see lush green grass, trees and some native animals running wild. In the distance we see what appears to be a space dock.

In short order, the player uses his jetpack to leap off a ledge and dive into a giant lake on the planet. In No Man’s Sky, everything is designed to look and feel like a breathing world and that includes individual bodies of water. Another native animal zooms past the camera as the player swims deeper and deeper into the alien lake. Players are traveling the heavens and venturing onto alien planets on a mission of scientific discovery. One of the activities they can do in the game is seek out new animals living on the different planets they visits. Players get money and naming rights to the species that they discover in No Man’s Sky. How much currency the player receives also depends on how hostile the planet they visited was and how hostile the creature they found was, according to the video. The planets you stumble upon are dynamically generated, meaning there are thousands of different planets to explore.

The more discoveries you make, the more currency you have to buy new equipment and ships. Anything you can spend currency on in No Man’s Sky is generated too, meaning there’s thousands of different configurations for players to purchase and experience for themselves. Ships are important in No Man’s Sky because you use them to travel to the different planets. What a ship is worth is measured by how much cargo space it has and how decent its weapons are.

It’s your option as a player to purely explore and do no harm to the ecosystems you visit, but sooner or later inhabitants of the different planets catch on and “do like you as much,” according to Hello Games. Like Grand Theft Auto 5, there are different levels of infamy in No Man’s Sky. The more harm you do, the higher that infamy level goes and the more planetary defenses try to stop you. Self-reproducing robots will come after in quick succession, forcing you off the planet eventually.

The open-world concept for No Man’s Sky lends itself to space too. If they want to, players really don’t have to go to a single planet if they don’t want. They can travel from space station to space station trading materials and making a profit using the laws of supply and demand. Players can spend the entire game scavenging for the loot of destroyed players too.

At any time players can get back in their ships and head back out into space, something that’s pretty impressive when you see it in action. There’s no loading screens between the two. To be clear, No Man’s Sky doesn’t include just planets. There are individual star systems spread out over a huge map.

Hello Games plans to release No Man’s Sky on Windows PCs and the PS4 at the same time, according to comments made at this year’s Electronic Entertainment Expo. No Man’s Sky won’t be coming to the Xbox One or older game systems.