In describing the experience of dictating voice command to the Project Glass wearable computing device, Google’s former CEO and current chairman Eric Schmidt says that it’s “the weirdest thing.” Schmidt’s comments were made during a talk at the Harvard University Kennedy School of Government, Reuters reported.

Schmidt also concedes that new rules and social norms would need to be developed with the use of Glass. Google Glass is beginning to create dialogue about privacy, security, and safety as it is mounted with both a microphone and a camera that’s capable of capturing stills and videos without any indicator to whom it’s recording. 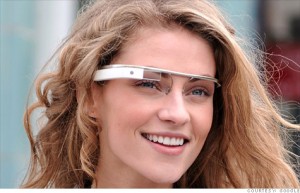 “There are obviously places where Google Glasses are inappropriate,” the exec says acknowledging that new etiquette will need to be developed for this emerging wearable computing category.

Project Glass is beginning to ship now to developers who had pre-ordered the devices at last year’s Google I/O conference. Glass costs $1500 to developers, though Google has said that it would retail for less when it becomes available to consumers. The company recently revised its projections, now saying that Glass won’t be available to consumers until sometime in 2014; it was previously promised for retail by the end of the year.

And with Glass’s omni-present approach to computing, Google is taking a more cautious approach to how it handles apps. Based on the open Android operating system, Google says it will take a more Apple-like approach and pre-approve Glass apps at this early stage.

Google executives have not been shy to speak their minds in the past, even if such comments may be construed as negative. In playing up the Project Glass concept, Google co-founder Sergey Brin had considered it a better experience than smartphones, noting that tapping on a smartphone is an emasculating experience. Even harsher on phones were recent comments made to Google-owned Motorola Mobility’s pipeline of products, with remarks like the devices lacked a ‘wow factor‘ and that Google has to still work through Motorola’s pipeline before it can introduce any of its own innovations.