Starting immediately, every single Windows Phone 7 and Windows Phone 8 user will be able to log into their ESPN Fantasy Football account and manage their roster of players and teams for different fantasy football leagues.

The release is important for two reasons. Despite whatever platform it’s on, Fantasy Football applications remains one of the most used applications on any platform. Second, while most perspective users cite the lack of applications as a problem for Windows Phone, so too is the way some hardware manufacturers differentiate their devices to attract users. Instead of putting a user interface on top of Windows Phone, manufacturers like Nokia are only allowed to include custom applications and firmware with their device. These applications and firmware differences can’t involve huge user interface changes, however they can enable new experiences. 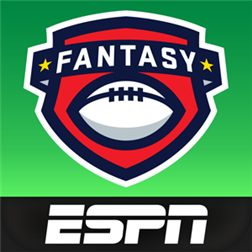 In theory, the practice works out well for Nokia. The company is able to use these applications to attract users from other Windows Phone makers. It’s also able to highlight them when attracting users from other platforms. It remains to be seen how the practice reflects on Windows Phone overall, though. Should an inexperienced user purchase an HTC 8X, they wouldn’t know that these applications are available on any Windows Phone, to say nothing of being on Nokia devices.

The problem will only continue to get worse as Nokia works to pick up more exclusive applications. The company recently announced that it would be working with Path to bring their application to Windows Phone. Of course, that application will be a Nokia Lumia exclusive, further perpetuating the myth that Windows Phone doesn’t have enough applications in the case of HTC and Samsung Windows Phone users.

Right now, the EPSN Hub is also exclusive to Nokia Lumia users and there’s no status update on when it might become available to other Windows Phone users.