Earlier today, Apple issued its first update since releasing iOS 6.1 at the end of January. iOS 6.1.1 is an update that is only for owners of the iPhone 4S and addresses an issue that could “impact cellular performance and reliability.” For many, this is a necessary upgrade. Of course, updates often pose issues for jailbreaks and those who have jailbroken their iPhone. Fortunately, that’s not the case here with iOS 6.1.1. 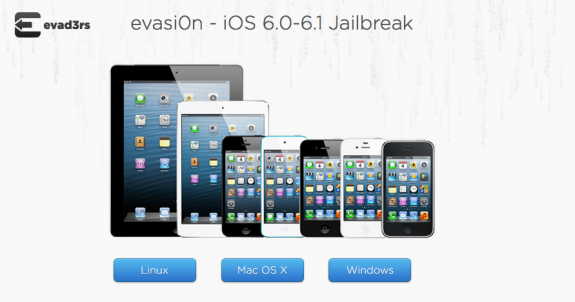 Even better, it appears that those who are already jailbroken, and wish to jailbreak, can do so as well. The development team says that  iPhone 4S users looking to install iOS 6.1.1 should backup and then install through iTunes rather than installing the firmware through an OTA update. After, they can then use the evasi0n 1.3 jailbreak tool.

This is big for those that may have been experiencing issues and need to download the new iOS 6.1.1 update as it means that they can update and jailbreak when needed. Of course, those that need to unjailbreak will likely need to set aside more than a few minutes for the process as it can be a bit lengthy.

For people with 4S wanting to update to 6.1.1: make a backup and properly restore your device in iTunes. Do NOT make an OTA update.

Those iPhone 5 owners and others on iOS 6.1 are likely hoping that the jailbreak process for their next update plays out just as smoothly as it has for iPhone 4S owners. And as of right now, there is no sign that it won’t.

iPhone, iPad and iPod touch owners who are already jaibroken will receive the update to the new version of Evasi0n through Cydia, per usual.