Long time fans of Evernote will remember that it was a favorite Digital Ink note taking App for the Tablet PC. That was back in a day when Apps were applications. Evernote’s Ink note taking abilities were a favorite of many. Since the demise of the Tablet PC, Evernote has moved on to other things and with the exception of some growth issues has become one of the most popular cross platform Apps for note takers. But the Digital Inking was left behind. Understandable but sad for those of us who are fans of Digital Inking. 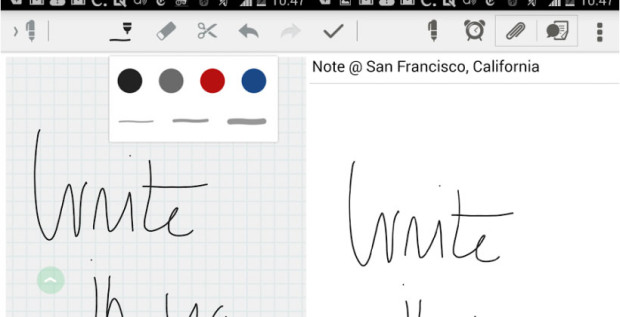 Now it looks like Evernote is going to be experimenting with Digital Inking once again. Evernote has a beta of a new Android version of the App that allows some Digital Inking. From what I’m reading from Android Community it looks like the features in the Beta allow for note taking, Digital Ink markup on existing notes, and some drawing capability.

For those looking to covert handwriting to text that doesn’t appear to be in the cards at the moment. Not being a handwriting conversion type of note taker that would be just fine with me. More features, as yet unspecified, are planned for the future.

In order to participate in the beta you need to join a Google+ group set up for the beta test. Apparently approvals aren’t automatic and may take some time.