Evernote expands to the Palm Pre 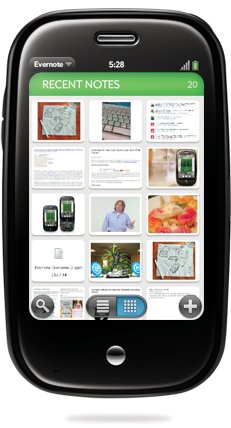 The ever-expanding note-taking app service known as Evernote is now available on the Palm Pre via the Palm App Catalog. Looks like an excellent implementation. According to Lifehacker, it takes advantage of the Pre’s “card” system to open multiple notes at once. And it has a thumbnail view for quick visual sorting (shown).

However, it isn’t all wonderful. Currently, it cannot record or playback voice notes, which is something I’ve gotten into the habit of using. According to Matt Miller at ZDNet, this is due to lack of Palm Pre support for WAV files. He also reports a few minor bugs, but most notable is that photos are sent to Evernote via email, not the usual syncing on other clients. I’d be interested in learning what that’s about. Also no word on local storage for offline viewing. Aside from the voice notes, however, I see no reason why these won’t be addressed in a future update.

But even with those drawbacks, Evernote looks like a winner for the Palm Pre, especially if you use Evernote for text and occasional photos, or if you would use it primarily for viewing notes, not creating or editing. Let us know if you have any workarounds or if it’s working like a champ for you (or not).