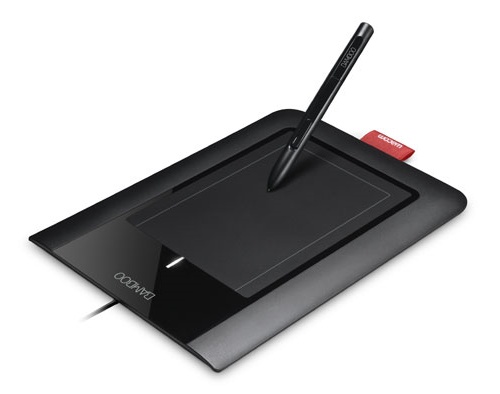 If you’re on Twitter and want to win a Wacom Bamboo Pen tablet to enjoy the wonderful inking experience of Evernote, there’s a contest for you. And for those of you who aren’t sure you’d like that experience, the Evernote Blogcast has a short write-up and YouTube demo to convince you.

The Wacom Bamboo Pen is a pen-only tablet, no touch input like on my Bamboo, though I’m pretty much pen-only on mine anyway. I do pretty well with the coordination even though I’m used to on-screen pen input on a larger surface. Fair warning: connecting to a Wacom Penabled Tablet PC, though possible, is problematic due to the conflicting drivers. But if you want to add pen input to a notebook, netbook or desktop, the Wacom Bamboo Pen should work just fine.

If you want a shot at one, just follow @evernote and @wacom on Twitter and send a public tweet containing the hashtag #evernotewacom and you’ll be entered. Check out the Evernote Blogcast for more details.