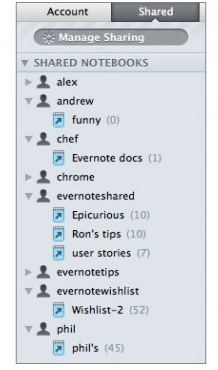 Evernote is one of my favorite web services, but using it on a Mac has been somewhat frustrating. The current Mac client doesn’t have all the features you’d expect, forcing Mac Evernote users to jump over to Evernote.com to share notes. That’s all about to change, and if you’re willing to run beta software you can have a much improved Evernote client running on your Mac today.

There are two big improvements in the new Mac client. The first is note sharing. Mac users can now share notes with your friends, colleagues or the entire world. If you want to share something with the world, Evernote will generate URL for you to share on Facebook, Twitter, etc.

Evernote Premium users will get two special features in the sharing menu. They have the option of allowing others to edit the content of a shared notebook. This is a nice tool for collaborating on anything from a work project to a grocery list at home. Premium users will also be able to access their shared notes’ history, allowing them to revert to previous versions when needed. 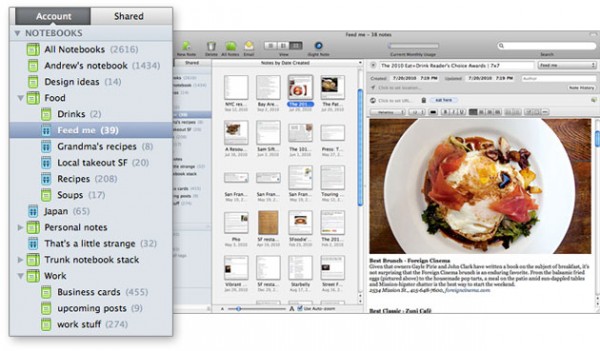 Another issue I’ve had with Evernote on my MacBooks is that I’m unable to browse them as easily as I’d like. Evernote’s taken care of this issue by creating stacks. Stacks allow users to organize their notes much the same way you’d organize files on any other application.