Video game developer Avalanche and Disney are set to make lightning strike for a third time later this year when Disney Infinity 3.0 arrives on store shelves. Having proven that gamers of all ages appreciate story driven narratives for their favorite Disney characters and a decent sandbox experience, Avalanche is hopping that an upgraded Toy Box experience and refreshed combat will get gamers excited for another release.

A big part of the Disney Infinity lure is the option to play with all of the characters you know and love. Previous games in the series introduced fan favorites from The Incredibles to some of Marvel’s most storied heroes. New Disney Infinity 3.0 figures for Star Wars will do the same for this fall’s buyers. 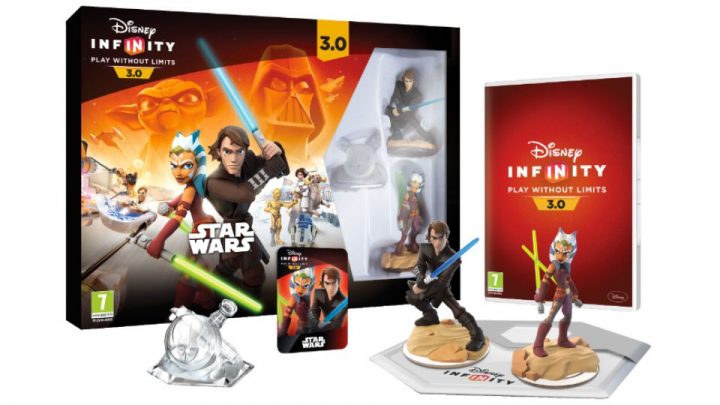 Here’s every Disney Infinity 3.0 figure coming that we know of so far. GottaBeMobile will continue to add to the exhaustive list with new information like release dates and other related details as Avalanche makes that information available. 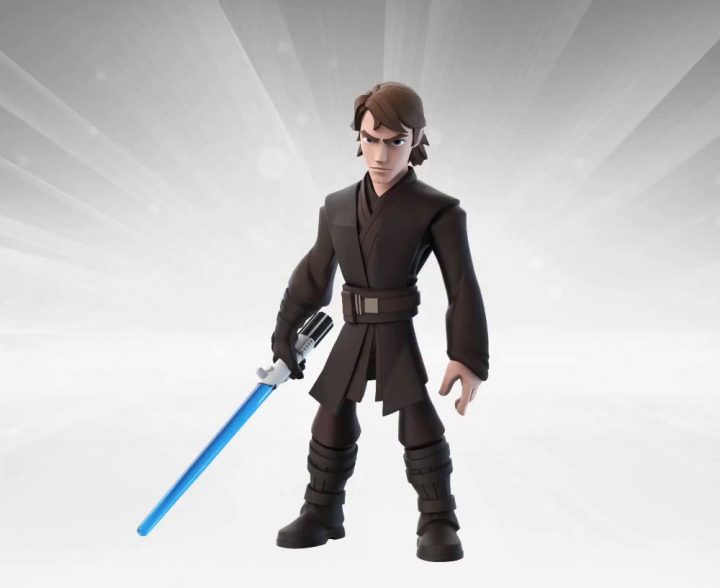 Anakin Skywalker is featured heavily in the latest Star Wars movies and Star Wars: The Clone Wars as a Jedi with an apprentice. His figure will be in the Twilight of the Republic playset. That’s the Starter Pack that’ll include the game itself. 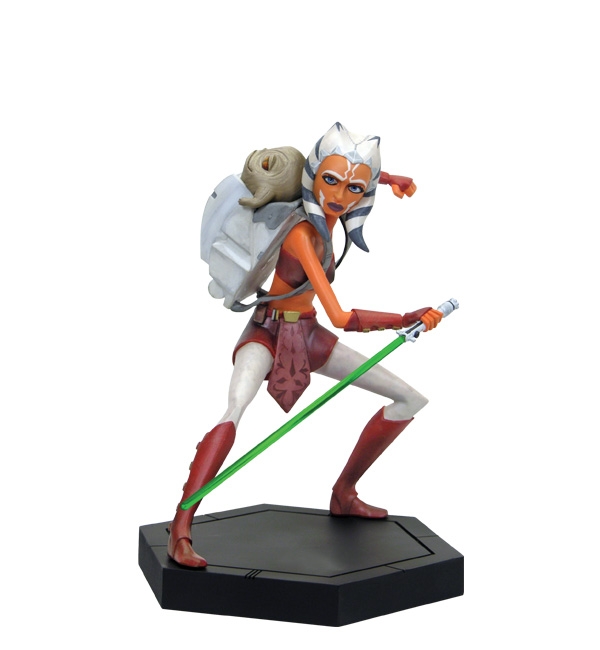 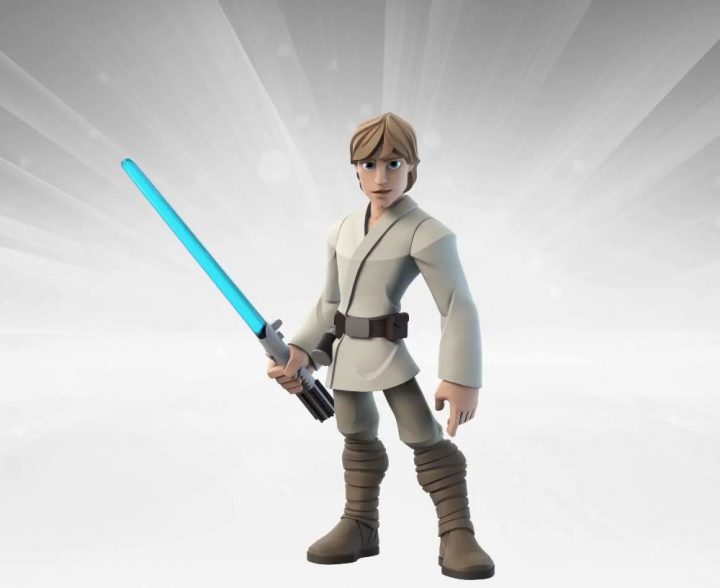 Trained Jedi and one of the leaders of the Rebel Rebellion, Luke Skywalker will come included in the Rise Against the Empire playset. 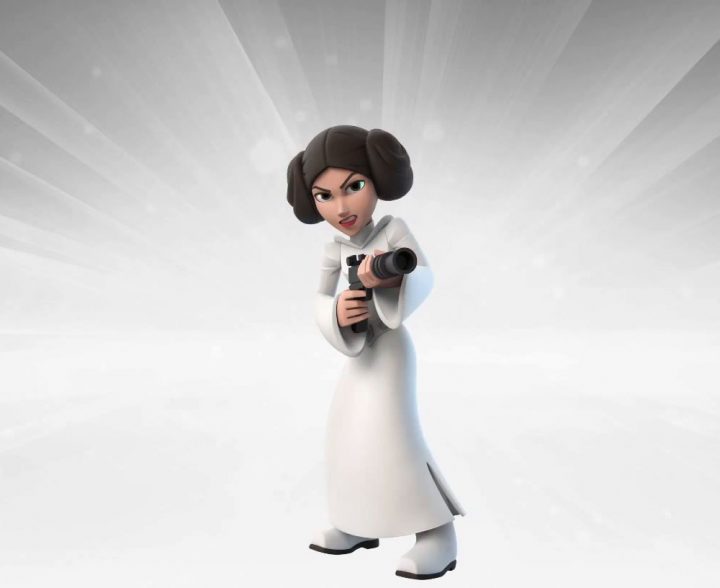 Leia Organa is Luke Skywalker’s sister and another leader in the Rebel Rebellion. Organa will also come included in the Rise Against the Empire playset. 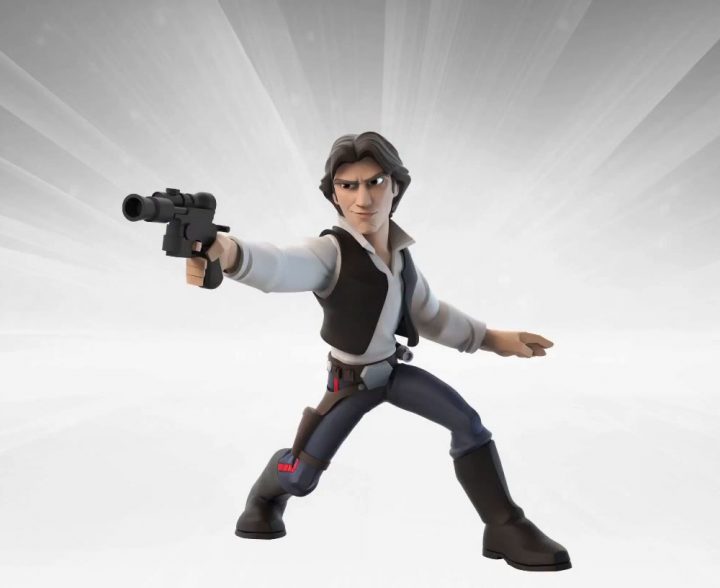 Han Solo is another prominent leader in the Rebel Rebellion and owner of the Millenium Falcon. He’s being sold on his own. 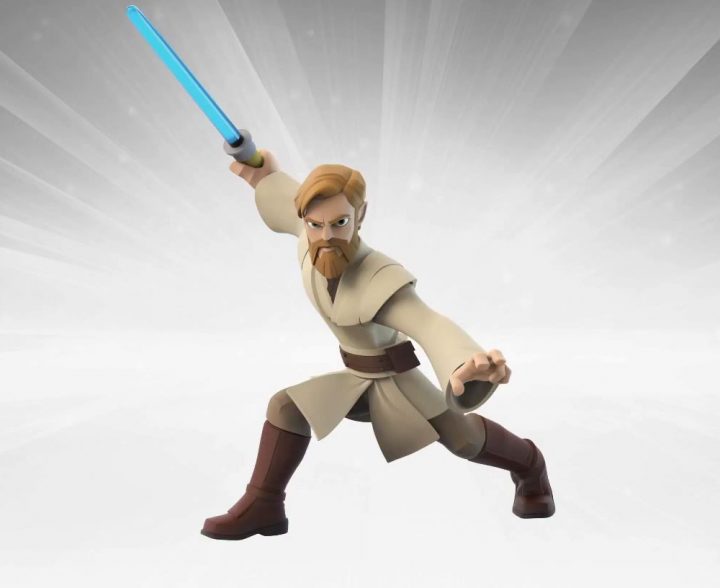 Jedi master and major leader, Obi-Wan Kenobi is featured prominently through the Star Wars universe and will be sold on his own. 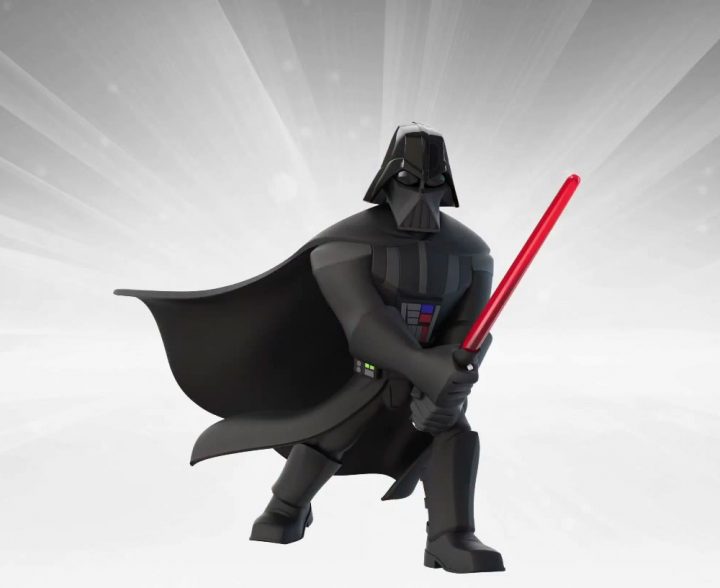 Featured heavily in some form throughout the Star Wars franchise, Darth Vader is the apprentice to Darth Sidious. Once he was a Jedi, but now acts as enforcer for the tyrant that rules the Galactic Empire. He’ll be sold separately. 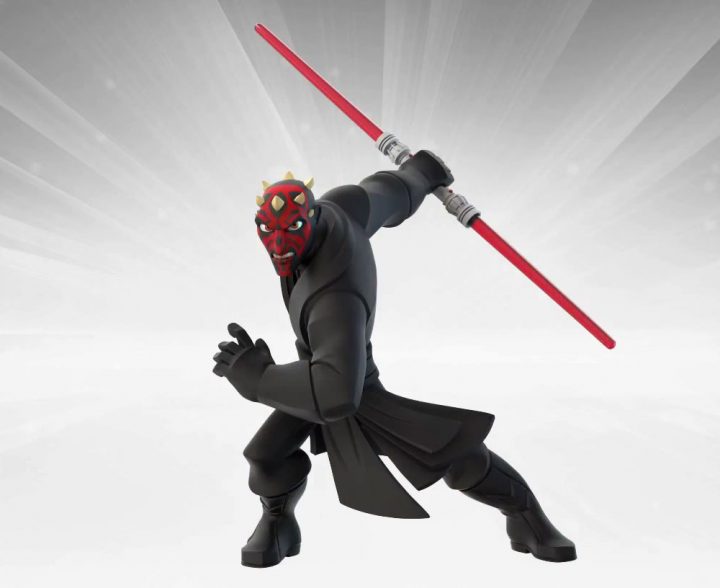 An early apprentice of Darth Sidious, Darth Maul is heavily featured in Star Wars: The Phantom Menace and Star Wars: The Clone Wars. He’ll be available as a Disney Infinity 3.0 figure separately from any packs. 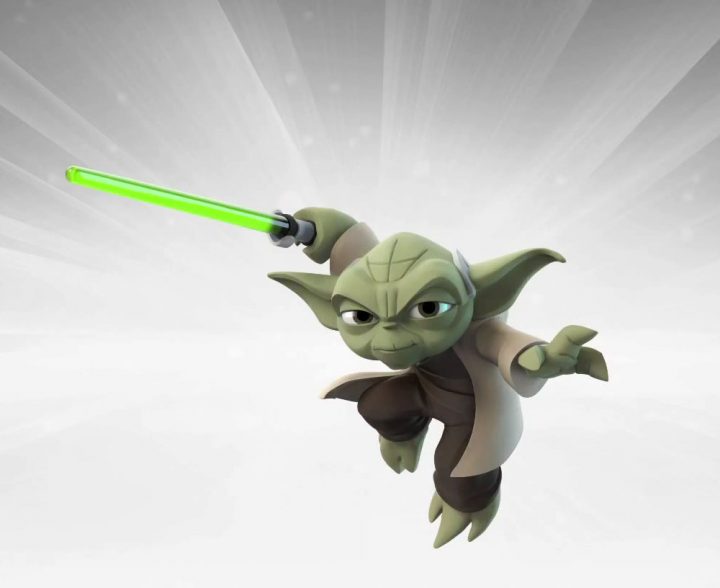 The small warrior with huge power, Jedi Master Yoda is featured throughout the Star Wars series and will be available for purchase separately from the Disney Infinity 3.0 starter pack. 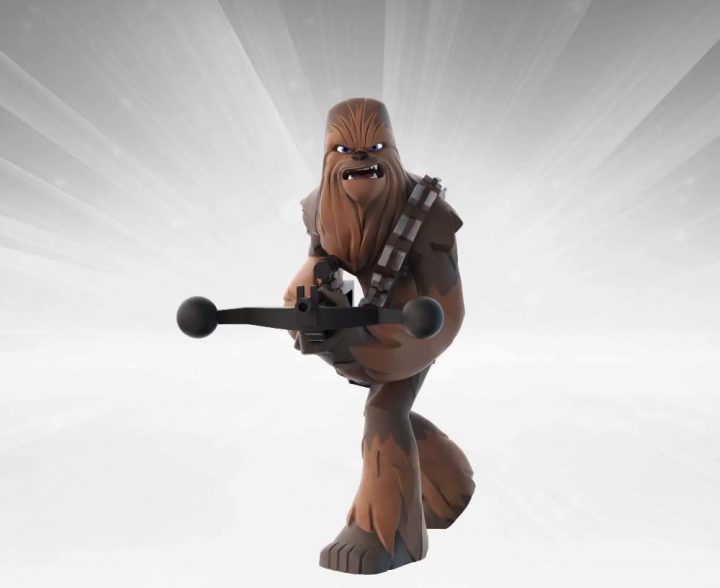 Best friend and fellow crew member to Han Solo, Chewbacca will be available as a Disney Infinity 3.0 figure.

Coming this June, Inside Out dives into the mind of a young girl who’s different emotions help her deal with growing up and any situation she encounters. Each emotion, and thus each Disney Infinity 3.0 figure, is a different take on her inner thoughts. 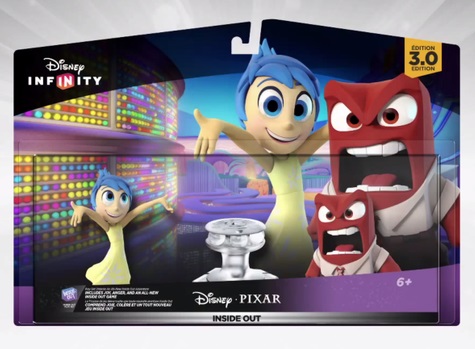 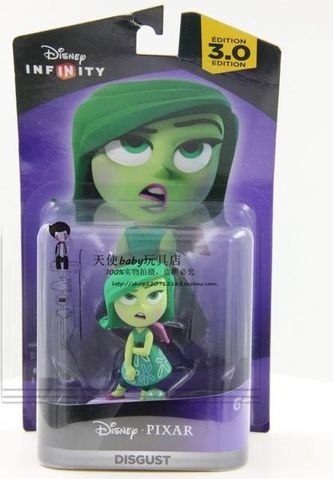 The chief villain in the movie The Avengers: Age of Ultron, Ultron is a robot who learns about humanity and sets out to destroy it based on what he learns. Utron will be available separately as a Disney Infinity 3.0 figure. 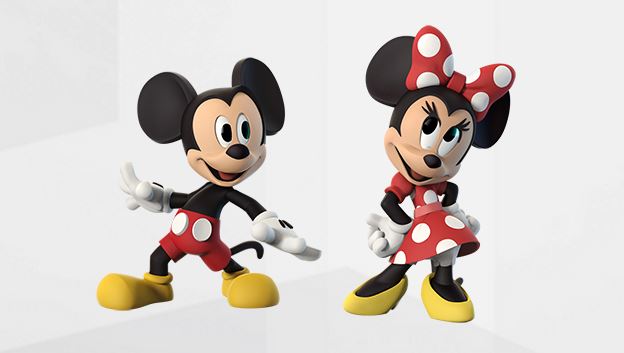 Friend and sometimes love-interest to Mickey, Minnie Mouse is another of Walt Disney’s original animated creations and will also be sold as a standalone figure. 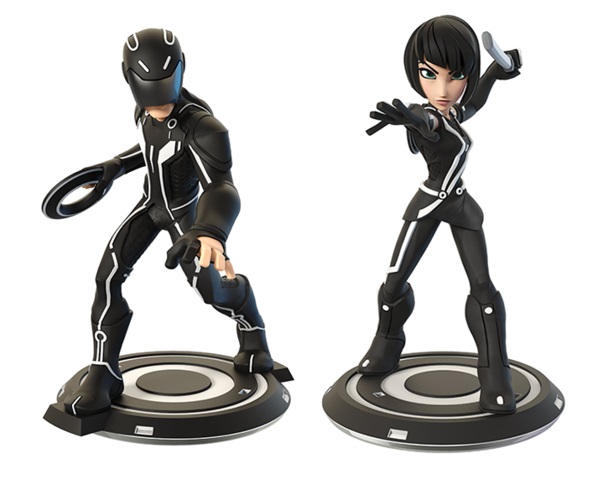 A fan favorite, Tron: Legacy follows Sam Flynn as he goes into cyberspace to rescue his long lost father. Once inside the game world, Sam comes to rely on Quorra, an inhabitant who knows of the real world’s existence but can’t experience it for herself. Both Sam Flynn and Quorra are coming as Disney Infinity 3.0 figures available for purchase individually. 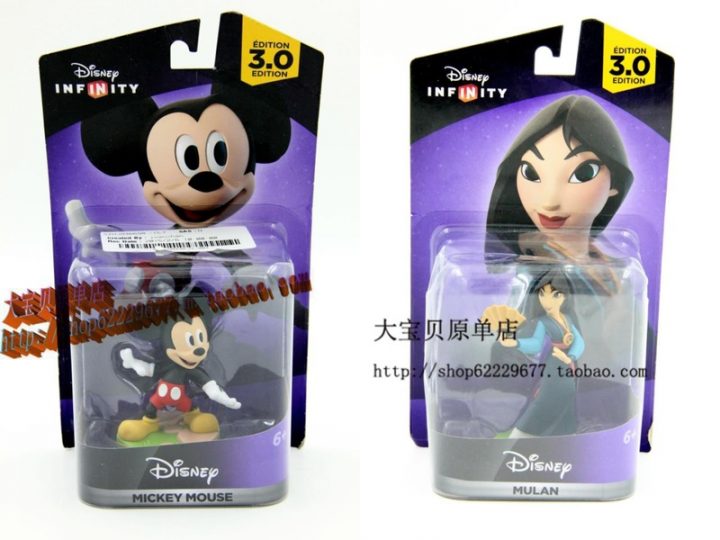 Mulan is as a Disney princess who decides to masquerade as a man to prove that she’s every bit as capable as males, even in times of war and strife. Mulan will be sold as a separate figure.

Olaf is a snow man featured heavily in Disney’s Frozen. He is also is also coming as a separate Disney Infinity 3.0 character.

Disney Infinity 3.0 is coming to Windows PCs, PS3, PS4, Xbox 360, Xbox One, Wii U, iPhones, iPads and Android devices sometime this fall. Availability dates for each figure remains unclear. Past playsets in the franchise have sold for $24.99. Single figures have sold for $14.99 in the past. Theoretically, we can expect those prices to remain the same this time around. The Disney Infinity 3.0 Starter Pack will sell for $64.99 when it launches.