Earlier this month Amazon announced Prime Day, a one day sale bigger than Black Friday. The company promised it would be the best online shopping day of the year with some truly impressive deals. Prime Day officially starts tonight at 12 PT, and they’ve just announced a huge list with some impressive Prime Day deals including a $75 32-inch HDTV and $199 laptops.

July 15th, tomorrow, is the online retail giants 20th Anniversary, and to celebrate they’re holding the biggest sale of the year. They promise it will be better than Black Friday, Targets “Black Friday in July” and any other deal we’ve ever seen.

With just a few hours to go many potential shoppers are interested in the deals, but are wondering if they’re actually worth staying awake until midnight for. Below we have a list of at least 28 different deals or offers that will be available tomorrow, and this is only a teaser of what to expect. 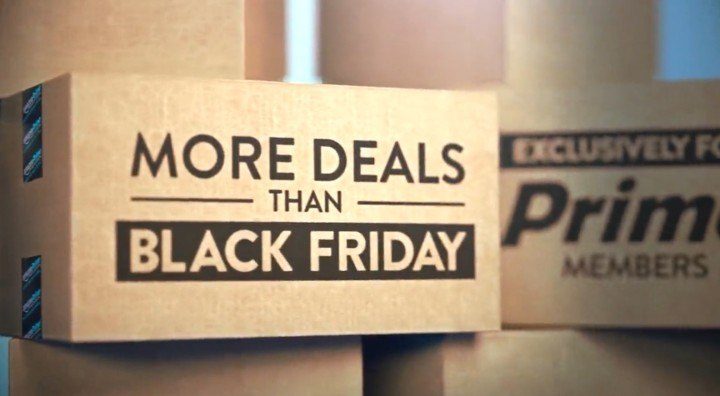 [contextly_sidebar id=”brbo6B2tlsUOSZVkoGLQxYufuLCQl8vd”]Over 90 years ago Black Friday was born as the biggest shopping day of the year, the day after Thanksgiving, and it has been a tradition ever since. For the past few years we’ve seen Target do something called Black Friday in July, and Walmart typically has a Black Friday-like sale during the summer.

July is turning out to be the new summer Black Friday, as this week we have huge deals from Target, Amazon, Best Buy, and even Walmart announced over 2,000 rollback deals to compete with Prime Day.

And while it looks like everyone is trying to get in on the action and excitement surrounding Amazon’s Prime Day, it’s still Amazon that started all of this and below we have the details about “Prime Day” and a list of over 28 deals shoppers won’t want to miss.

This morning Amazon revealed a list of technically 30 or so Prime Day deals that will be available tonight starting at Midnight and all day tomorrow, and even more deals and announcements will continue to arrive. On top of all of this they’ll be hosting lightning deals, seven different “deals of the day” and will be adding new discounts every 10 minutes for the entire duration of tomorrow, July 15th.

So, what can you expect? Lots of savings. Here’s a small teaser of what to expect.

The Amazon Fire TV stick is probably one of the best items on this list, but we’ve seen it drop to $15 off before, so it isn’t that great of a deal. The $75 32-inch HDTV is nice, but it will probably be an off-brand Chinese company like TCL or AOC, which is still a decent offer.

Buyers can get a new Nikon Coolpix camera for over 50% off, 30% savings on clothing and shoes, big discounts on tools for those who like DIY projects, and much much more.

For now this is all we know about Amazon Prime Day, but we can expect more announcements and details to surface in the coming hours, or early tomorrow morning. Remember, these deals probably won’t last long, especially the big ticket items. Shoppers will also want to pay attention to the new deals going live every 10 minutes, the lightning deals, and the seven “deal of the day” offers Amazon will be offering up tomorrow. Get your credit cards ready.