With the GTA 5 for PC release date just hours away, developer Rockstar Games is sharing new information about Rockstar Editor, a new feature that’s only for those who pick up GTA 5 for PC.

Rockstar revealed detailed about the Rockstar Editor for GTA 5 in a post on its Rockstar Newswire blog this morning. The Rockstar Editor is one of the few dedicated new features coming to GTA 5 for PC, which is a remake of the same game that launched for the Xbox One and PS4 last year and the Xbox 360 and PS3 back in 2013. 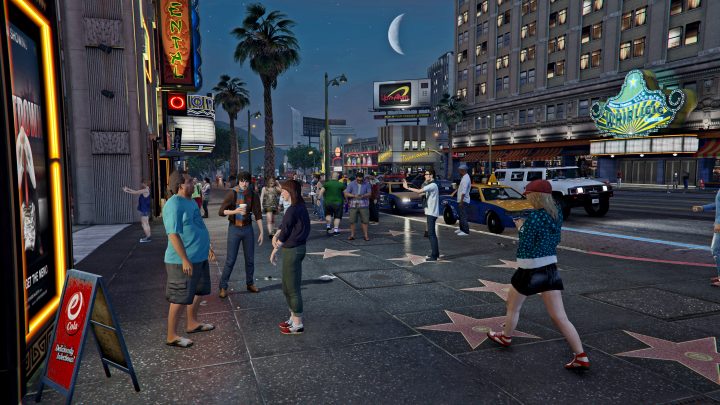 Rockstar Editor is a tool that allows PC users to stitch together video clips complete with audio. Rockstar says that the editor includes special camera modes for capturing things at new angles, several different filters for adding more style, a depth of field changer and an audio mixer. There’s also a Director Mode, for those looking to create their own movies within the game itself.

All told, Rockstar Editor seems like the perfect thing to cap off would should be the last version of GTA 5 to make its way to store shelves and that’s because it’s a perfect complement for GTA Online.

GTA Online is an online game that takes place in the same place as the story mode in GTA 5. Unlike the story mode, GTA Online is the ultimate sandbox. Players create their own characters and spend time outfitting them with different cars, weapons and extras. Pulling off different challenges in GTA Online gets players more cash to spend on more add-ons. There are stunt challenges to complete, races to compete in and all-out street wars to have. There’s also Online Heists, a new feature that Rockstar added last month that allows players to form their own crews and successfully pull of big robberies. In short, all of this has the potential to be viral content. Adding the Rockstar Editor almost guarantees a lot of the stunts in GTA Online will get likes and shares on YouTube and other websites. To be clear, the Online Heists features are included in GTA 5 for PC.

Video production isn’t the only thing Rockstar focused on. GTA 5 for PC also comes equipped with export tools so that players can get their Rockstar Editor-made footage on the internet with as little hassle as possible. Beyond uploading videos to Rockstar’s own Social Games Club, there is a built-in option for uploading content to YouTube. In theory, the more people who see GTA Online videos, the bigger the GTA Online community gets. GTA Online is included with every copy of GTA 5.

Beyond Rockstar Editor, there are other reasons to pick up GTA 5 for PC. Graphically, GTA 5 for PC is a huge upgrade when compared to every other version of the game. A report in PC Gamer indicates users who have a decent graphics card and process can expect GTA 5 to run at full 1080p and 60 frames per second. GTA 5 for PC. The report argues that having as many frames per second as you can make for a huge difference.

The Xbox One and PS4 versions of the game included upgraded visuals and another huge upgrade: the ability to play the entire game in first-person like you’re actually the character. That first-person mode is included in GTA 5 for PC, which is great considering how unique it is. GTA 5 for PS3 and Xbox 360 don’t have that option and aren’t expected to get it. Historically, games in the Grand Theft Auto games stuck to third-person cameras because they’re easier to manage. It’s worth noting that the PS4 and Xbox One both have dedicated apps for editing video clips.