ExoLens today showed off a series of lenses for the iPhone that have been developed in conjunction with Zeiss, an extremely well-known provider of high-quality lenses for DSLRs and other cameras.

We liked the original ExoLens setup when we reviewed it last year, noting its high quality but worried about the cost over the competition. This year’s entry helps to assuage some of that by bumping up the quality of lenses you can add.

It’s important to keep in mind that no matter what kind of lens you put on your iPhone, you’ll never get better quality than the picture the iPhone takes on its own. What you can change is the magnification and field of view expressed in the picture. Additionally, add-ons like the macro lens can let you focus closer than you might otherwise be able. 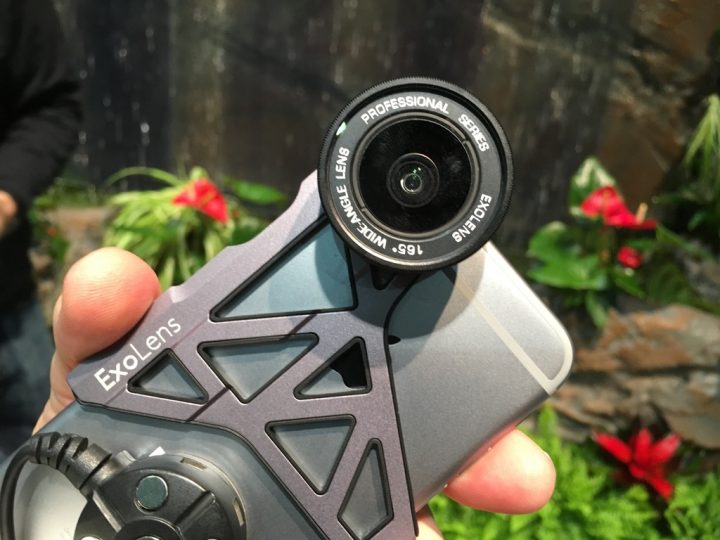 It’s not quite known to what extent Zeiss participated in the creation of these lenses. It’s likely that they produced the lens designs, and left manufacture and other development to Fellowes (the parent company of ExoLens).

There are three lenses available in the new Zeiss co-branded lineup: a 0.6x effective magnification wide-angle lens, a 2.0x telephoto lens, and a “Vario-Proxar” (Zeiss’ name for a kind of close-up lens it developed years ago) macro lens that has, get this, a zoom function! Each is coated with Zeiss T* anti-reflective coatings. 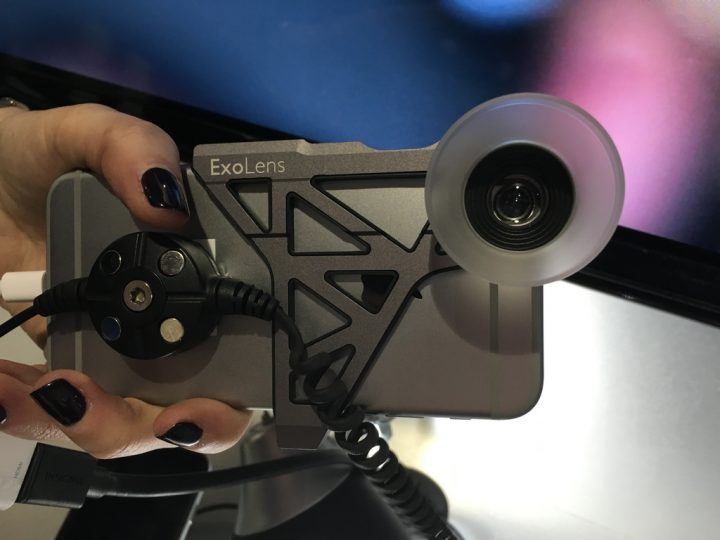 In addition to the three new lenses, ExoLens supplies an aluminum mounting bracket that you fits over your phone (currently, the iPhone 6 and 6s and iPhone 6 Plus are supported, the new version will likely support all 6 and 6s iPhones); the lenses screw into the aluminum bracket. The bracket also provides a standard tripod mount (1/4″-20) on the bottom of the device.

There’s no word yet on much the new setup will cost; the previous version cost $130 for an iPhone 6/6s, and $150 for an iPhone 6 Plus (no iPhone 6s Plus support) – the Zeiss might be a little more, thanks to the name. Fellowes expects to ship the new lenses sometime late in the second quarter of this year (mid-to-late June, likely).