Explosive Just Cause 3 Trailer Arrives Ahead of Release

With the Just Cause 3 release date set for this December, you’d think that video game developer Avalanche might be publishing long blog posts perfectly describing the game and its many mechanics. Rather than do that, Avalanche has unleashed a beefy six- minute video its calling the Just Cause 3 E3 playthrough trailer, and it does a terrific job of highlighting why users might want to buy the game this winter.

Revealed this week, the new Just Cause 3 Official E3 playthrough trailer isn’t someone at Avalanche, the game’s developer, carving up footage from the game’s engine and adding enhancements and CGI. Instead, it’s six minutes of everything users can expect when on Just Cause 3 release day. The description from the video on YouTube indicates that this is video of what Avalanche showed at the Electronic Entertainment Expo fully. There are no gimmicks and no gotchas. 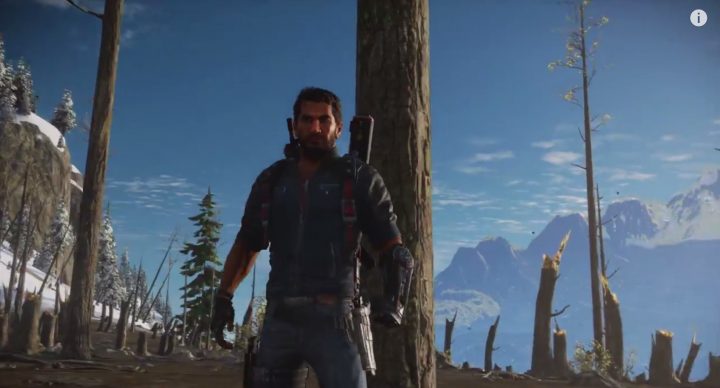 The trailer starts with Just Cause 3 protagonist Rico Rodrigquez gliding through the air toward the island of Medici. As Rodriquez gets closer to the ground a voice over informs players that Just Cause 3 is an open world game, and that the island chain that makes up Medici is four-hundred square miles.

Rodriquez pulls his parachute and we’re able to better see how gorgeous the islands of Medici look from the player’s perspective. Players can travel to anything they see in Just Cause 3.The video shows Rodriques seamless transitioning to moving on foot. Using a tether Rodriquez quickly gets to the top of a building. He then uses that same tether to pull down a giant statue of the island’s dictator. In Just Cause 3 players are trying to insight a revolution and topple that dictator by any means. Destroying symbols of oppression in Just Cause 3 weakens the dictators grip on a specific town. Later in the trailer we see Rodriquez use his tether to take down a set of speakers spouting propaganda.

To show off the physics in the game, the player blows up a gas station. As anyone would expect, there’s a huge explosion followed by a dark cloud that can be seen for just a few moments.

Because the world of Just Cause 3 is so big, players need a way to traverse it reliably. Rodriguez has a wing suit that allows him to glide long distances. That wingsuit can be used  the tethers to go longer distances. This mechanic is shown in the video too. Next the player blows up an oil refinery.

All told, this new Just Cause 3 E3 playthrough trailer might be enough to put the on the must-buy list for some. With great graphics and some pretty interesting mechanics, it’s safe to say that this game, will definitely catch the eye of open-world gaming fans. The trailer even ends with Rodriquez parachuting around a filled with enemies and taking out its support structure with missiles. The player orders up a plane then uses that plane to crash into a tower.

Just Cause 3’s release day is set for December 1st, just as the holiday shopping season gets into full swing. Like most new titles, gamers will need to upgrade their console to get it. The $60 game will only be available on the Xbox 360, PS4 and Windows PCs.

Anyone who pre-orders the Day One Edition of Just Cause 3 from retailers like GameStop now gets access to three different vehicles complete with weapons that others won’t get if they didn’t pre-order. It’s not yet clear if the game will come included in an Xbox One or PS4 bundle.