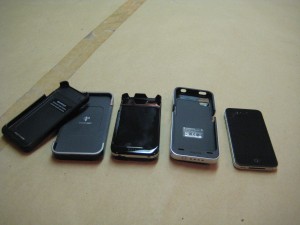 As I wrote in my initial impressions of the iPhone 4, the battery life in my usage scenario is much improved. Typically when I go to charge the iPhone up at night I’ve got anywhere from 50% to 60% left, sometimes much more depending on the day. I think I actually said something like I don’t really see a need in typical usage to do my usual hunting for an external battery solution. On the iPhone 3GS I used a Mophie Juice Pack, not the Juice Pack Air, but the original one that didn’t completely surround the 3GS with its case.

But as I’ve made clear over time, much of my year is spent checking out what mobile tech is going to serve me in the first quarter of each new year when I’m traveling whether it be for GBM or my job at Wayside Theatre. I attend multi-day auditions and conferences between January and April, and this is when I usually find having an extra battery comes in the handiest. There’s nothing like being worried about battery life to put a crimp in your plans.

First, let’s address the GlassGate issue, which from the looks of it, must not be much of an issue. Ryan Block raised it on GDGT and it centered on issues with slip on cases, which all three of these units have. The issue was that grit and/or grime could get on the iPhone 4’s glass back and sliding a case over it could cause that substance to score the glass, potentially leading to the glass cracking. Sounded ominous and still does, especially when you add the context that Ryan’s post included info that Apple had pulled all manner of slip on cases from its store and was seriously looking into this. Well, shortly after Ryan’s GlassGate post, the floodgates opened and we’ve since seen an array of slip on cases, some with batteries and some not, appear. We’ve also seen a range of these cases with batteries as the feature pop up. Word is that some are even being sold in the Apple Store, so whatever might have been going on, the risk and/or liability of selling them seems to have diminished somewhat.

Now that’s out of the way, let’s take a look at the three products I mentioned.

The Mophie Juice Pack Air for the iPhone 4. I was a fan of the original Mophie iPhone batteries and I’m a fan of this edition for the iPhone 4 as well. It is designed to mirror/mimic the design concept behind the iPhone 4 itself. While it adds some heft and bulk to the iPhone 4, the trade off of course is it gives you extended battery life. It fits the iPhone 4 better than the original did the 3GS in terms of adding bulk. It has an on/off switch which is a good addition. This allows you to carry it around without it charging should you wish to. Why? Well, there are two ways to use the battery. You can wait until your iPhone has burnt some battery and then flip the switch to charge it up, or you can keep the unit switched on and it will constantly trickle charge, keeping the iPhone 4 topped up until the external battery is exhausted. It has a micro-USB port and cable for syncing, and a series of lights that at the push of a button tells you what the unit’s charge is approximately. As a case it feels good in my hand, although my one handed operation is not as efficient with the Mophie case on as it is with it off. The bottom of the case also serves to amplify the iPhone 4’s speakers a bit, but this isn’t a function to write home about. This is a two part case and you slide the top of the case over the iPhone to enclose it. The opening for the volume buttons, on/off switch, mic port, etc… are ample but you have to work to get your fingernail in their to use the controls. As to battery life, in my testing, which is not my road usage by the way, the claims of it virtually doubling the iPhone 4’s battery life seem accurate enough, so from that standpoint it could serve very well if you need the extra juice.

The MiLi Power Spring 4 is a similar case/battery solution although there are some key differences. First, MiLi also says the battery will double your iPhone’s battery life and that’s reasonably accurate, although in my testing I got longer life out of the Mophie by about 12% on average. This case has more rounded edges and adds about the same amount of bulk as the Mophie but as a case there are some key differences. This case feels a bit cheaper and is made out of some form of plastic. It is glossy and a fingerprint magnet. One thing I really like about the design is that the cutouts surrounding the iPhone 4 buttons do not completely surround those buttons, consequently it is easier to access them on the go. There is a micro-USB port of charging and syncing, and there is a linear light indicator that lets you know what the charge is. While there is a button for on/off charging, the MiLi would occasionally decide to do some charging on its own without any action by me. While the case feels cheaper and has a different design approach to the Mophie, it does slide in and out of a pocket a bit easier and for some reason feels a bit more protective. I can’t really describe why that is, but that’s my impression. Instead of two parts, the top of the case hinges back for you to slide the phone in and then hinges shut.

The Powermat Wireless Charging Solution may not seem like a fit in this post, but bear with me. We reviewed the 3gS version of this solution awhile back. Essentially this is a case for the iPhone 4 that sits on a charging station and and wirelessly charges up your phone. This is a technology that hasn’t really caught on completely yet, but for many I can see the benefit. Like the MiLi case  the Powermat case uses a hinge mechanism for you to insert the phone. It has a micro-USB port for syncing. The charging dock has an indicator light to let you know when it is in the process of charging, and that takes a bit longer given the nature of this technology. So, in my book, this is good for over night charging. The reason I mention the Powermat solution in this review is this. As a case, it feels the best in my hand of any of the iPhone 4 cases I’ve used or tested. It adds less bulk (of course there is no battery) and just feels right in my hand. Even more so that the official iPhone 4 Bumper, which is what I had been using prior to testing out these options. As a side note, Powermat offers a battery/case option as well, but I’ve not tested that out.

There’s no real conclusion or winners here. Both the Mophie and MiLi cases could serve me when I’m traveling in a few months. Note that there are other battery/case options out there as well and most run around the same price range of $70 to $80. That said, I’ve taken to liking the feel of the Powermat case in my hand and my pocket and placing it on the charger over night for charging up the phone. This isn’t an option I’m likely going to take on the road though, but for my home use it is working just fine. 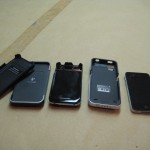 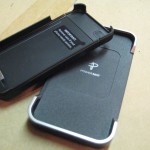 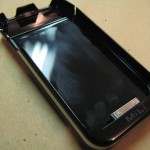 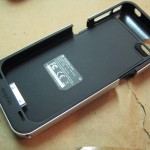 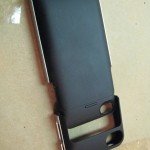 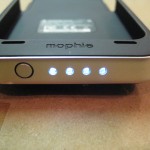 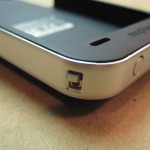 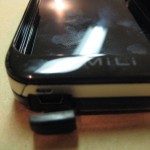 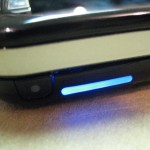 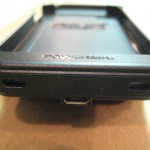 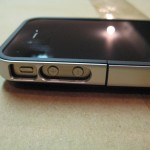 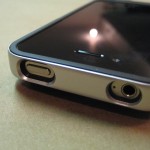 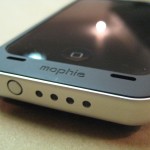 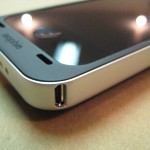 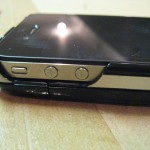 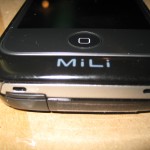 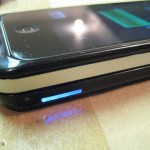 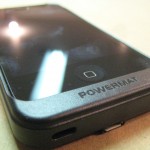