Ever wanted to control your phone with a gesture or motion of your hands? Thanks to eySight’s gesture control technology, which works in the same way that gamers control the interface of the Xbox thanks to Kinect, users can begin to start gesturing to their phones later this month when Pantech launches its new Vega LTE smartphone. The gesture-based UI will allow for users to change music tracks, answer a call, or scroll through a webpage or list by gesturing their hands in a defined motion in front of the front-facing camera on the Vega LTE, for example. According to eyeSight Mobile Technologies and Pantech, the new gesture-based natural user interface will be used to complement Pantech’s custom Pantech UI for Android. 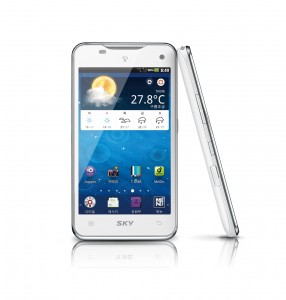 In environments where it’s not feasible for users to touch the touchscreen, gesture-based UIs will help users control their smartphones. These environments include trying to simply answer a call when driving, or activating the phone’s touchscreen when using gloves in cold weather, or in the kitchen or lab when both your hands may be tied up.

As companies begin to explore UIs beyond touch, we’re going to see a lot of different ways for users to control and interact with their phones. Apple recently joined the voice wave by launching Siri, an application built into iOS 5 for the iPhone 4S that allows users to control their phones and turn their phones into personal assistants by using a voice UI. Microsoft has explored with voice command for years, and now motion is making in-roads in mobile as the next step beyond touch.

At this point, the high-end Vega LTE appears to be limited to Pantech’s home in South Korea. It’s unclear if the handset will ever reach the U.S. For the U.S. market, Pantech has generally focused on mid-range to entry-level handsets in the past.