Theoretically, Fable Legends, one of this year’s exclusive games coming only to Microsoft’s platforms, should have already released officially on Xbox One and Windows. Unfortunately, when we can expect a Fable Legends release date to be announced by Microsoft is as big a mystery as it has ever been. In a new statement, Microsoft only makes the launch of Fable Legends an even more mysterious than it already is.

“We are continuing to expand our closed beta,” Microsoft told video game website GameSpot when they inquired about a potential Fable Legends release date. Fable Legends was often touted by Microsoft this summer and fall as part of its best games line-up in “Xbox history.” The game is a team-based online only game that takes inspiration from the Fable role-playing games of the past. Players pick a hero, then customize that hero with different trinkets and abilities. The game’s combat is squad based. Four players are heroes and another plays as a villain trying to knock out all the heroes before they can make it to the end of each level. 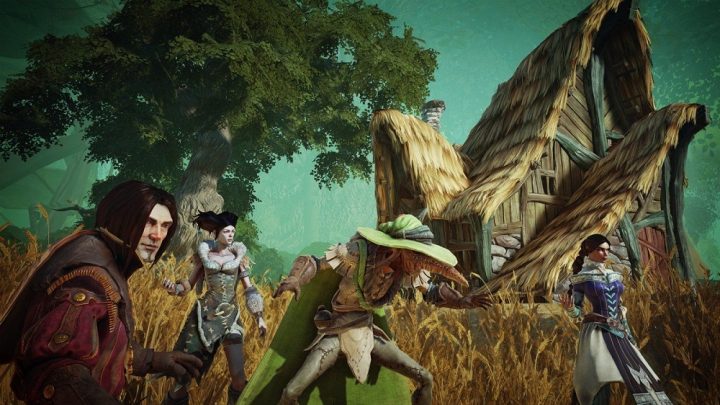 “As a service based title in closed beta, we’re always working to make sure that when we open Fable Legends to everyone, that it’s a great gameplay experience,” Microsoft’s statement continues. The company does say that Xbox owners can expect news about the game “in the coming weeks,” but doesn’t provide any other details besides that. That statement seems to suggest that there won’t be an official Fable Legends release date this year, and that if there is, Microsoft will consider this release a public beta.

Rather than pay up front, players download Fable Legends for free, then use real money to quickly purchase add-ons for their character. Developer Lionhead has always maintained that items available for purchase with real-world money can be earned within the game too. Fable Legends is a different kind of game from Microsoft. Many of the titles the company releases for its own consoles are $60 purchases with new content being delivered as downloadable packs. The somewhat rare free-to-play nature of the game made it a worthy addition to Microsoft’s 2015 games line-up. Now that’s all in question.

The game is a a dual-platform title for Microsoft makes the missing Fable Legends release date mystery even more intriguing. Fable Legends is one of three titles that Microsoft confirmed were launch titles for its Xbox on Windows initiative. Microsoft confirmed earlier this year that Xbox on Windows 10 would allow PC gamers and Xbox One gamers to play together through Xbox Live. Fable Legends, Gigantic and Gears of War Ultimate Edition were all said to be coming in 2016 to both platforms. Microsoft seemed to be building to this in recent months, adding Xbox Live Party creation, voice chat, and the Xbox Store to the Xbox app that comes pre-installed with Windows 10.

We’ve heard nothing about Gears of War Ultimate Edition for Windows PCs since it was announced. Gigantic and Fable Legends are both in closed beta testing, meaning there are at least gamers out there providing feedback about the titles. Recently Gigantic developer Motiga revealed it was delaying the game until 2016. It’s laying off some employees to stay financially viable until the game’s shifted release, whenever in 2016 that is.

Generally, things are starting to look very odd where Xbox on Windows is concerned. It seems ridiculous that Microsoft would scrap the program altogether. It does seem possible that something is holding up the release of launch titles for Xbox on Windows. Either way, Microsoft has just three more weeks left in 2015 to get out news about the remaining titles left in its games line-up. Having heavily promoted cross-platform play and these games during the summer and fall, it can’t just keep quiet about them hoping shoppers don’t notice.