Facebook is rolling out a new feature to compete with services like Pocket and Instapaper called “save if for later.”

According to 9To5Mac, the new feature is now rolling out to some Facebook iOS users. The feature doesn’t require an app update, users just have to wait for Facebook to push it out to them. Once Facebook pushes the feature to the user, they’ll see a notification in their Timeline that tells them how to save stories for later.

Saving stories is a simple as long pressing on the story after Facebook enables the feature. The story is then placed in a “Saved” folder in the app. The folder contain all the stories users saved to read later. 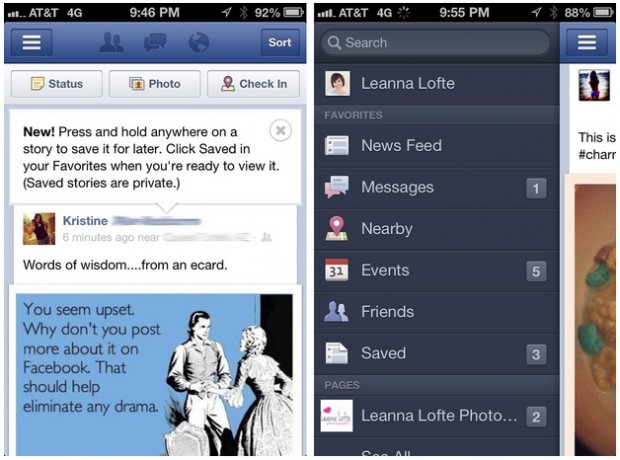 There’s no option to make the text easier to read, but users can always choose to open the saved links in Safari to use Reader for that.

The Saved folder is likely hidden for users, so they’ll have to open the left panel and open “Edit Favorites” at the bottom of the list. From there the user needs to find the Saved folder and add it to their favorites to make sure it’s always readily available.

Facebook’s new feature is also available on the desktop site for users that have it enabled.

The new feature isn’t huge, but it is a nice improvement for users who don’t always have time to read every link they see on Facebook. Unlike twitter clients where users can favorite tweets or use services like Instapaper or Pocket to read stories later, Facebook has no such option. That means some users miss out on stories on Facebook now have an easier way to find what those stories when they have to time to read them.