Facebook users with limited data plans should take action today to turn off auto play videos while using their phone’s cellular connection to avoid wasting data on videos they won’t watch and potentially paying more for a higher data plan.

In December Facebook updated apps to start auto playing video in the news feed when a users scrolls through recent updates. While there is no audio to disturb users, this can quickly add up to higher data usage by the Facebook app and push users to pay $10 to $15 in overages in a month or to upgrade to a higher data plan.

That can potentially increase the cost of a plan $240 over the course of two years. That’s enough to buy a new iPhone or high-end Android smartphone. 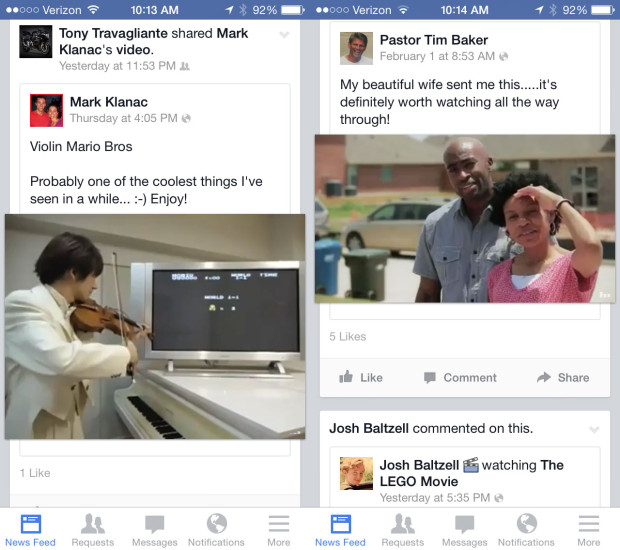 On devices used by Gotta Be Mobile staff and family members Facebook accounts for a lot of mobile data usage and one staff member increased the data plan for a Share Everything plan with multiple users in the last two months to accommodate higher data usage. On one device this may not make a huge difference, but with three users on LTE over the course of the month it may be why a normally comfortable plan bumped slightly over the threshold.

There is no downside to turning off auto play Facebook videos, as users can still tap on any video to play over cellular, just like the app allowed before this feature arrived.

Save on data by turning off Facebook auto play ads on iPhone.

On Android open up the Facebook app and go to Settings -> Auto-Play on WiFi only -> Check this box. Again, this should stop the Facebook auto play videos on any Android device. 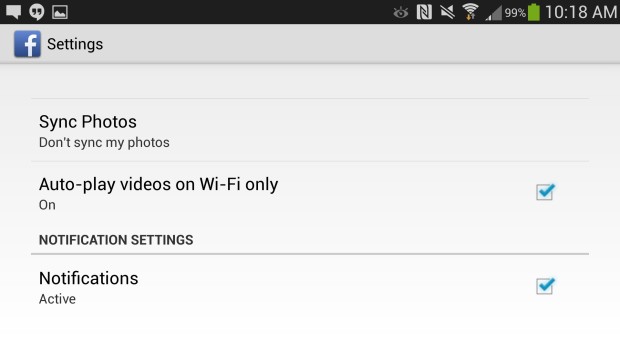 Turn off Facebook auto play video to save data.

Some users are switching to the new Facebook Paper app in part because the videos don’t auto play when browsing the Facebook News Feed.

In addition to extra data usage, Facebook users are complaining about auto play videos for other reasons including distractions, seeing things they don’t want to see and more.

Facebook needs to stop this auto play feature of videos. What I just saw should not have been seen by anyone. Sick to my stomach.

dear @facebook – Auto Play videos are a stupid idea. I did not want to start my morning by watching chicks in a blender, but I had no choice

Is there a way to turn off Facebook’s auto-play feature on videos? There are some things I just don’t wish to see. :(

Where are all of the parasitic lawyers, when Facebook feels it is ok to rob out bandwidth with auto-play videos. PFFT.

For the time being Facebook auto play videos will keep going, silently using data and showing users things they didn’t ask to see. Frustrated users can tell Facebook what they think of auto play videos in the Facebook feedback section.