Facebook Card Combines All Your Gift Cards In a Single Card

The Facebook Card is Facebook’s attempt to reinvent the gift card by giving users a single card to hold balances from a number of stores. The gift card will cut down on the number of gift cards people have to carry around with them, but it only works with gift cards purchased through Facebook.

The result is users can have gift cards to several stores such as Target, Sephora and Olive Garden all on the same card. Users can check the balance on their Facebook Card through the Facebook mobile app. The app will also show users their history with each gift card balance they have, so users can see just how many times they went to Jamba Juice using their gift card. 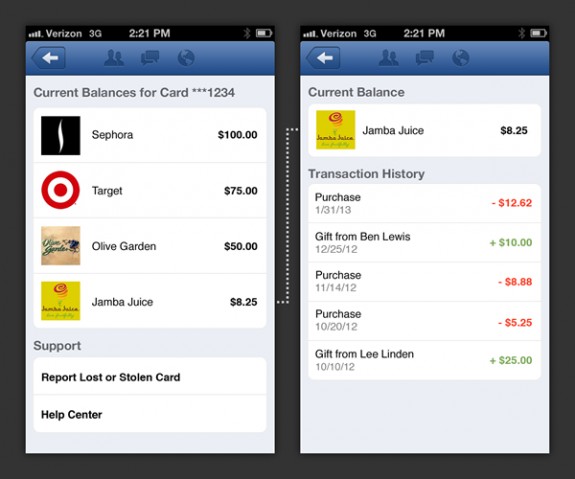 The Facebook app will also let users report stolen or lost cards. Presumably this will deactivate the original Facebook Card so users don’t lose their store credit if they lose the card.

Like any new Facebook feature the ability to send and receive Facebook Cards will rollout to users in the U.S. gradually over the next few weeks. There’s no word on if the feature will come to other countries.