With apps gaining support for the new iPad‘s Retina Display on almost a daily basis, it was only a matter of time before we heard something about Retina Support for the iPad’s Facebook application. MacRumors has acquired an image that seems to indicate that the Retina Support is on the way which is great news for those that own the third-generation iPad.

I happen to own one of those new iPads but I’m actually not excited about Retina support at this point.

That’s because I absolutely hate the current state of Facebook for the iPad. 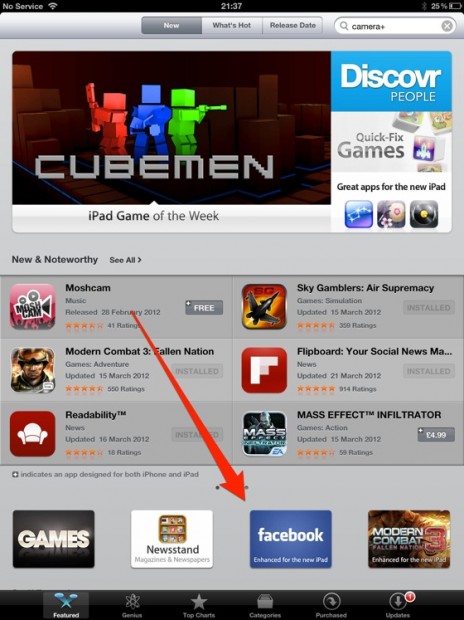 Features are still missing. (Why can’t I remove friends using the app? Why?)

I’ve had it crash on me countless times.

Chat is hit or miss.

Funny. Profiles often don't look like this on my iPad.

It’s so bad, that  I can’t even remember the last time I opened it on my iPad.

I’m going to assume that this is because it’s updating it to support the new Timeline, which will be nice, but you would have thought that a company that makes as much money and has as many employees as Facebook would be more diligent at solving issues with the iPad app.

After all, Apple sold over 15 million of them last quarter and sold three million new iPad’s in the first three days of its launch earlier this month.

Point is, I like that Facebook is hard at work getting the app ready for use with the Retina Display. But, quite frankly, I’d take a usable app, one that I actually want to open and use over better looking pictures of my friends, any day of the week.

How about all of you?