The long wait for an official Facebook iPad application appears to be over as ThisIsMyNext is reporting that Facebook plans on rolling out the software to owners of Apple’s tablet at some point today. If you saw the leak that occurred all the way back in July, then there won’t be very many surprises when you are able to get hands-on with Facebook’s creation.

Update: It’s available, right now. It’s just not listed in the iPad section yet. Just download the iPhone app and boom. You should have iPad Facebook magic.

What it doesn’t include is the new stuff like Timeline which was introduced just a few weeks ago at Facebook’s F8 conference. However, it will be loaded with features like chat, News Feed notifications, full-screen games, and the look and feel of Facebook’s iPhone application.

I just check the App Store and I’m not seeing it just yet but it should be out at some point so keep checking. 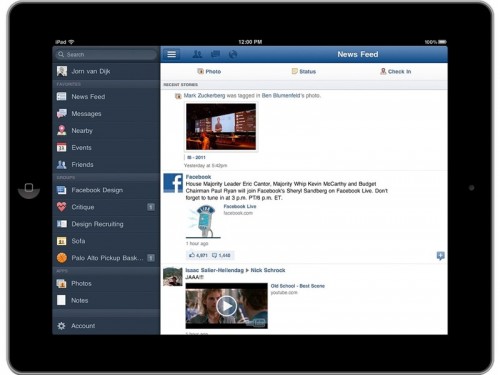 In addition, Facebook is apparently going to be rolling out an update for its iOS applications, iPad app included, that will bring support for Facebook Credits and a new Requests dialog for app notifications. Those features are apparently headed to developers today which means we should see them arrive in the form of an update at some point in the not-so-distant future. 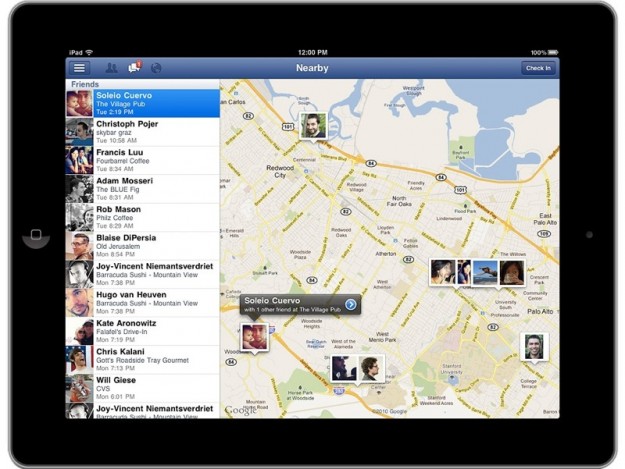 The wait is finally over iPad owners, how does it feel?