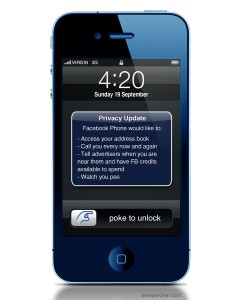 Rumors of Facebook entering the smartphone market to compete with industry titans such as Apple, Google, and RIM are persisting, but this time the news of some features of this phone come from users who were part of a focus group centered around social media and where the questions of interest surrounded “Facebook” behavior, usage, and patterns.

The questions asked at the focus group centered around location, coupons and deals, media streaming and sharing, and GPS. Here is what BGR is reporting:

It’s still unclear if those questions specifically pertain to a Facebook-branded phone or another app or service that could integrate well with Facebook. If it does point to a Facebook phone, some features, particular the no local storage and inclusion of a camera where everything would be stored in the cloud, are very similar to what Apple is planning as a Media and Photo Streaming service found embedded within code in iOS 4.3 beta. Microsoft had previously attempted that kind of service through its Kin One and Kin Two smartphones and Kin Studio portal where pictures captured with the camera would automatically get uploaded to Microsoft’s secure and private service awaiting for sharing commands from the end-user.

The Kin phones were cancelled and Microsoft is exploring ways to rolling out some of the Kin features for Windows Phone 7.