Asked whether people would want a phone made by Facebook, and an overwhelming number of the 1,500 respondents to All Things D’s survey said no. 81 percent of the publication’s readers didn’t want a phone from the social networking giant while only 8 percent wanted one. 12 percent said they’d consider a phone from Facebook.

With Windows Phone, webOS, Android, and iOS already supporting Facebook through apps and/or built-in integration, a dedicated Facebook phone would be redundant and may not offer additional value to users. Additionally, Facebook would have to work with developersto build out apps for a new platform. With existing platforms like RIM’s BlackBerry and Microsoft’s Windows Phone 7 already struggling to attract developers to create apps, Facebook may yet be another face in the crowd. That said, the company has a thriving ecosystem of social apps on its network, and Facebook may be able to attract developers to a hyper-connected demographics of mobile users. 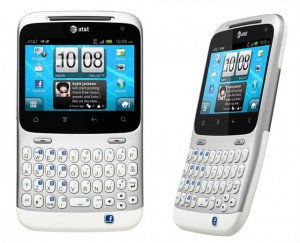 Beyond apps, Facebook would still need a way to differentiate itself and ensure that its mobile ecosystem would be relevant for users even if the company’s social platform declines in the future, else consumers risk being tied to a contract for a defunct mobile platform if Facebook doesn’t do well.

HTC recently made an attempt to create a Facebook experience by making it easy for users to connect and share through devices like the HTC Status.