Stay tuned to the Facebook page for updates on the release. 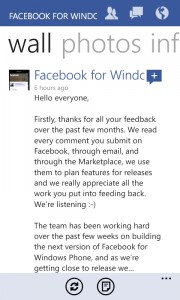 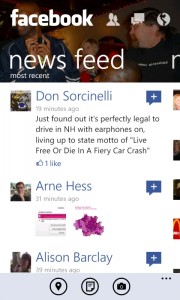 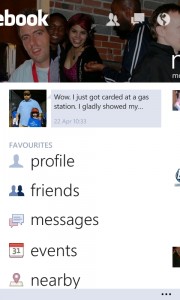 Since I don’t really use Twitter anymore, I now rely on Facebook to keep up with my online friends, High School and Navy friends, and family. One of the frustrations I’ve encountered going back and forth from Android to Windows Phone is parity. I was able to do things with Android that the Windows Phone app wouldn’t allow.