Here we go again. Another round of innovation for Facebook that will undoubtedly get changed once users begin to really experience it. You may have noticed (or soon will) that Facebook has turned on a “feature” that starts playing video in your stream automatically. Right now that video is set to play without audio unless you click on the video. You can count on that changing. Of course this is all geared towards a future where Facebook will begin pushing ads to you through your device.

Initially this will happen with only video specifically uploaded to Facebook and then eventually with video from other sources like YouTube.  There is a setting on both iOS and Android that allows you to allow you to choose whether you want to see video playing automatically on WiFi only or on any connection. 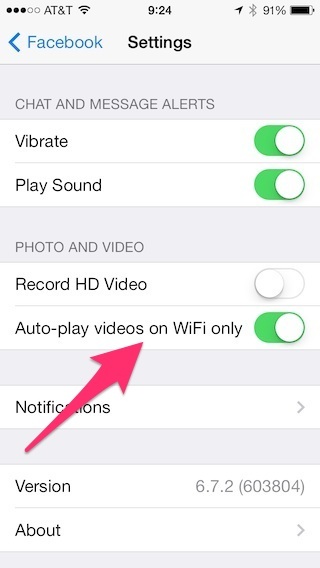 We’re supposedly living in or moving into “[amazon_link id=”1492348430″ target=”_blank” container=”” container_class=”” ]The Age of Context[/amazon_link]” which is just code for we’re going to give you more ads in more places whether you want them or not. I’ve been on the planet long enough to remember several initiatives like this from places before the Internet. (Can you say billboards?) I’ve seen the responses move from anger to protests and then slide into acquiescence. A few times the voices demanding a stop to this kind of intrusion have been successful. Largely they are not. By the way, Facebook has been trying to roll this out since September.

What’s interesting is that the public begrudgingly accepts that they have no control, eventually choosing to ignore what is served to them. Those who push this sort of contextual advertising continue to reap the benefits, regardless of how many eyeballs actually pay attention. But consumers also find ways to ignore context aware as well as blind ads. A trend I’m noticing in movie theatres is folks completely ignoring the big screen to read or web surf on mobile devices.

But back on the Internet, I find it almost comical that measurements of video don’t take into account that many folks don’t watch the entire video, but record a “hit” or “click” once the video starts rolling. I’m still amazed that the advertisers settle for that. But then folks selling product have always done so blindly, regardless of all the promises about targeting.

Everybody responds to this differently. On a desktop and a laptop I block sites that roll video without my instigation. When a pre-roll ad comes up on some video I do want to watch, I typically do what I’ve always done while viewing television. I focus my attention elsewhere.

Don’t get we wrong. I’m not against advertising and I’m not against contextual advertising. If and when I actually begin to see ads or recommendations that mean something to me on Facebook, Google, Amazon, or anywhere else I’ll let you know. But lately the misfires outweigh the hits so heavily that it borders on the comical.

Yesterday I took a trip to a local Apple Store to see if the new iBeacons system would work. It went live in Apple Stores the end of this past week. In case you don’t know iBeacons is a system that Apple is rolling out that uses sensors in stores to send you context aware notifications via Bluetooth of deals or special info. It worked but not great. No matter where I moved throughout the store the only notification I received was about the iPhone. Considering I was already on an iPhone when this happened it seems the system failed the first and most basic context aware test by trying to sell me on a product I not only already owned, but was using to browse the store at the moment. To be fair the system is just rolling out, so who knows what parameters Apple is testing with.

In my view, context aware advertising should be a two way street. If the systems are so good at measuring consumer engagement than it should be able to report misfires as well as hits back to the advertisers. Facebook, Google, et al should be forced by the Federal Trade Commission to include a “turn this feature off” button, especially on mobile devices, and there should be a mandatory reporting requirement as to how many users opt out of these systems.

I know that’s outrageous thinking for many. But if houses were built on the kind of foundations that the contextual advertising business is, real estate agents wouldn’t be allowed to show you the inside.