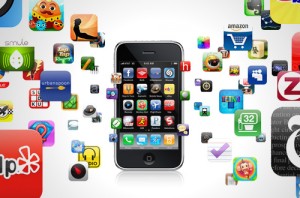 Facebook has its eyes set on Apple’s iOS platform and the company may launch a rival app store that will be HTML5-based, rather than supporting native apps, that will allow it to compete with native apps available through Apple’s App Store. Apps for Project Spartan would be tied to Facebook’s social ecosystem and would work in the Mobile Safari browser, according TechCrunch:

As we understand it, Project Spartan is the codename for a new platform Facebook is on verge of launching. It’s entirely HTML5-based and the aim is to reach some 100 million users in a key place: mobile. More specifically, the initial target is both surprising and awesome: mobile Safari.

Though these HTML5 web apps will also work on Android, Facebook’s initial target would be Apple, according to the TechCrunch report. There are a speculated 80 third-party developers working on creating apps for Project Spartan, which ranges from reading apps to games. These apps may start debuting in the next few weeks and an official announcement can happen shortly after that.

It’s unclear, however, if consumers are ready for web apps. When Apple had debuted web apps for the iPhone earlier, developers and consumers demanded more and prompted Apple to switch to native apps and forced the company to open up the iOS ecosystem–formerly known as iPhone OS at the time–to development via a native SDK. Perhaps, Apple’s early works with web apps has now led to a maturation of the smartphone and mobile broadband market where web apps are now feasible with more connected devices than ever before.

With Facebook distributing apps, the company will effectively be competing against Apple’s iOS App Store as well as Android Market and other official ecosystems for app distribution. The side effect of Facebook’s efforts may also benefit Apple as well as the company has chosen to support HTML5 over Flash in the mobile market, and Facebook’s HTML5-based apps can effectively move mobile web gaming further in Apple’s direction.

It’s unclear how long Facebook has been developing Project Spartan. Though once good partner with Apple, the two companies have drifted further apart in recent years and the result was most evident during the iOS 5 announcement when Apple had chosen rival social network Twitter for deeper integration within its platform.