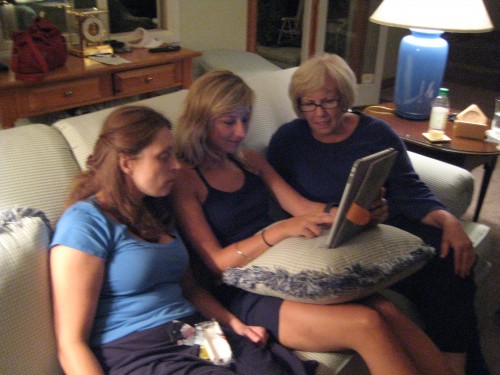 This past weekend I attended a large gathering of my wife’s family set up to serve as a memorial service for her grandmother who passed away earlier this year. The family is mostly located in the Chicago environs but most of them spend their summer recreational time in the lake region of lower Wisconsin. So that is where the event was held. There were around 90 or so folks who attended ranging from infants to grandparents and great grandparents. Because my wife and I live in Virginia, we’re not as connected as the bulk of the Chicago clan, so we got to do a lot of catch up with cousins, aunts and uncles. It was a great time and a fitting memorial for the matriarch who spawned this amazing group of people.

Since many of these relatives know I do this gig with GBM, I’m always bombarded with questions about what’s the latest and greatest and what do I think of this and that gadget. This weekend was no different. The iPad was a big hit this weekend, mostly for looking at pictures, but also for gathering questions around it. Smart/Super phones (although that category name was never used) were also a hot topic of conversation.

Some of the questions asked, and some of the questions I asked,  pointed out that at least in this circle, folks are aware of iPads, smart/superphones, social networks, playing media on these devices, etc…. but only in the same way that they may be aware of a new restaurant opening in their neighborhood. It’s something to think about doing, but not a burning issue. That shouldn’t be real surprise, but behind that are a few observations that I think are telling. Of course all of this in anecdotal and in no way scientific. Much of the discussion was fueled by too much alcohol under beautiful sunny skies. 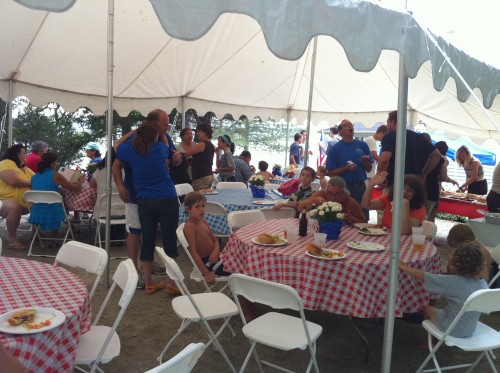 While quite a few found the iPad compelling, the desire quickly cooled off when i told them intro price was $499. Too expensive was a comment heard a lot. When I talked about what you can do with an iPad, the predominant use cases that seemed to gain traction were viewing pictures and playing games.

Quite a few are considering purchasing a smart/super phone this fall,  although as I said, no one used that category to call it that. Instead it was all brand name and the name heard the most was Droid. I asked if that was the original Droid or the Droid X, and most didn’t know there was a difference. Not a single person knew that there is any distinction between the various flavors of Google’s Android operating system and didn’t seem to care. The vast majority wanted these phones because they wanted to do email on their phones (talk about playing catchup). When I told them there are other options for this, the response was more often than not, “but the Droid just looks cool.” I guess the branding is working. No one mentioned the EVO. No one knew what 4G was.

Speaking of branding, I was one of only three iPhone users there. All the troubles Apple has encountered with its antennagate has formed a lasting impression with this group. When I asked if anyone would consider an iPhone the answer was universally no and mostly for two reasons. First, the antenna problem caused calls to drop and AT&T is just sub-par. Second, for some reason the iPhone was mentioned as being more expensive by quite a few folks. While there’s truth in all of that, the lasting impressions with this group (admittedly unscientific) is that Apple has some image problems.

Curiously, when I asked those who were considering an iPad if they were aware if other Tablets were coming out this Christmas that question was met universally with a “no.” In three cases it was followed up with, “will it do iTunes?” When asked what the most important consideration would be, price was a big winner and surprisingly, the ability to connect it to a keyboard was also a response (and question) I heard a lot. 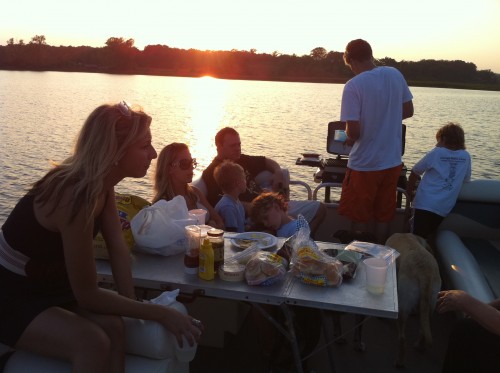 Apps mean nothing to this crowd. Some had seen the ads but in at least two cases they thought all of those Apps that Apple likes to show off come with the iPad. When I explained how the App Store and Google’s Android Marketplace worked, the responses were pretty much “meh” except for the gamers.

So, as the headline says, reactions, impressions, and interest was pretty much all over the map. My biggest reaction is that the marketers are winning in the early going as are the boo-birds. The Droid branding has taken hold, but most of these folks who say a Droid is their next phone have no idea what it is capable of, and most don’t seem to care. They also have no idea that the Droid X is different from the original Droid. They just want what they see as a sexy new phone. The Apple hype machine has some work to overcome as the raft of negative PR seems to have taken hold and stuck. It’s ongoing relationship with AT&T isn’t helping either.

Here’s an interesting side note. The location of this event was at my in-law’s lake house. My father-in-law is one of those on the Droid kick. I asked him why. He says because US Cellular is offering them beginning next month and that’s the only carrier that reaches into this very rural area. I told him I had always had good luck with Sprint at the lake house, and that I was really surprised at how strong the AT&T signal was there this summer. He looked amazed. He said AT&T didn’t reach that area. I showed him it did. He was flabbergasted because he used to use AT&T when he lived in Chicago and had to ditch when they retired to the lake house. He said that according to everyone around the local area, AT&T just doesn’t work in that region. Intriguingly, I  had no issues in various locations around the region, including out on the middle of the lake. My takeaway from that is AT&T, and I’m assuming carriers, have some work to do when it comes to getting the word out.