FAVI calls the FAVI SmartStick the “smallest TV Internet device ever released.” It measures 1.3-inches wide, .6-inches tick and only 3.6-inches long. It won’t take up much room when plugged into a TV HDMI port. Still, it was too big to fit in our TV. The white plastic casing covered part of the HDMI port next to it. FAVI includes a HDMI adapter making it possible to plug into our TV. 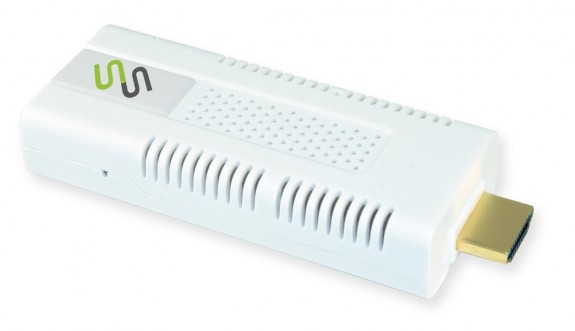 The SmartStick doesn’t work without plugging in the power cable. We wish it would run off the limited power coming out of a TV HDMI port.

Once we set things up using the on-screen instructions and paired the FAVI SmartStick Keyboard Controller it worked well. The company sells the SmartStick for only $49.99 for a 4GB model and $79.99 for an 8GB model. However, without the keyboard the device doesn’t work well. We first plugged a USB keyboard into the device. This works, but who wants a big USB keyboard in their living room? Get the $40 keyboard if you buy one. It looks exactly like the FAVI Bluetooth keyboard but without Bluetooth. 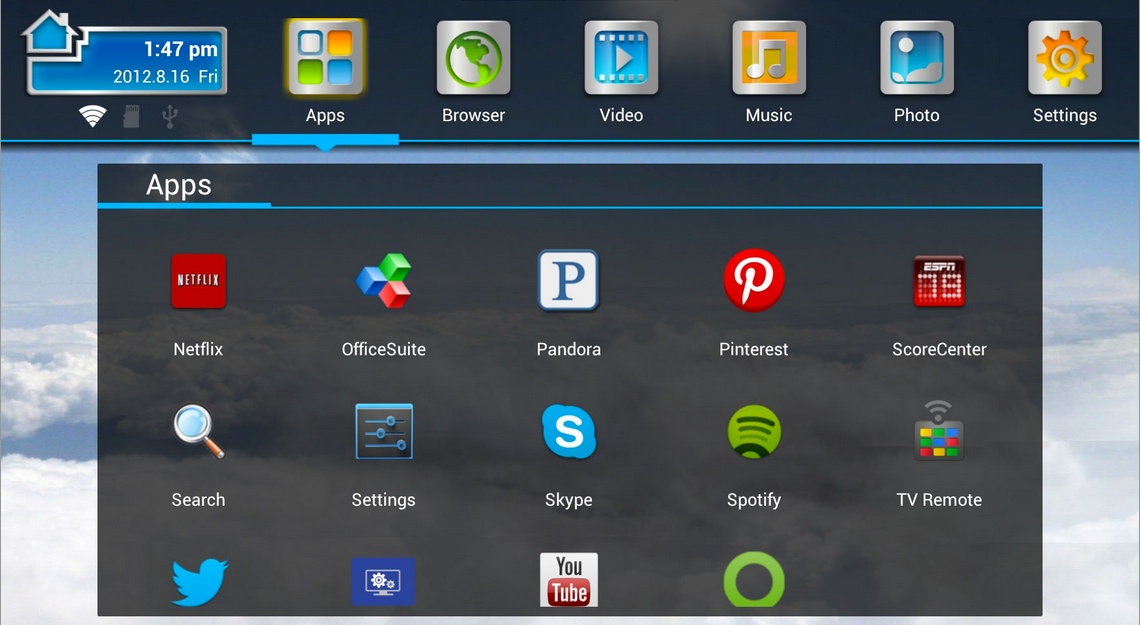 The FAVI SmartStick behaves like other Google TV devices. Users can install special TV apps from the Google Play store. It ships with Netflix and YouTube. Users can install other apps including some games like Angry Birds. The SmartStick plays video, music and shows photos stored on a micro-SD card. The SmartStick supports sizes up to 32GB. With only 4GB or 8GB, the user can’t store too much media on the device itself.

The keyboard functions adequately with the SmartStick. It’s a challenge to point with the tiny touchpad, but it otherwise works fine. We liked the Bluetooth version as a wireless presenter’s tool. We wish FAVI made the SmartStick to work with the Bluetooth version so we didn’t need to use the tiny 2.4GHz wireless mouse dongle with the device. Then the keyboard would serve a dual purpose: as a SmartStick controller and a presenter’s tool.

We prefer the Vizio Co-star Google TV, which comes with Vizio’s great keyboard included for $99.99 and works as an OnLive gaming system. The larger SmartStick with 8GB plus the keyboard will cost $119.98 combined. FAVI should include the keyboard even if it bumped the price $10 or $20.

Google TV as a platform doesn’t work as well as other device interfaces like our two favorites, Apple TV and Roku. Get one of those instead unless you love Google TV. If you absolutely have to have Google TV, go with the Co-star. We can only recommend the SmartStick for people who prefer Google TV on the road.