Yesterday the Wall St. Journal issued a disturbing report that the FCC was going to propose new rule changes to the Open Internet Order in the wake of a stunning court defeat for the FCC the first time around. To say that WSJ report caused a firestorm to erupt on the Internet would be a massive understatement. You can read a GBM editorial about it here. Most major tech sites also quickly denounced the proposed changes as being harmful to the Internet and the concept of Net Neutrality.

The upshot that led to the furor was talk that the FCC would allow the creation of an Internet “fast lane,” whereby companies could pay ISPs and cellular providers to have their content move more quickly to its destination. Most see this as a “pay to play” mechanism that would favor larger companies, stifle competition from smaller companies, and lead to higher prices for consumers. 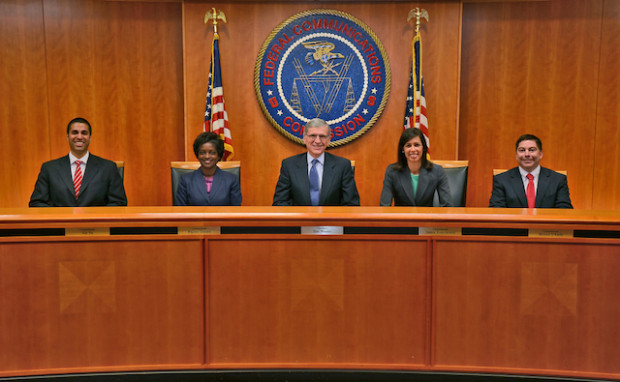 After stating last night that the reports about the rules change were “flat out wrong,” FCC Chairman Tom Wheeler today is seeking to calm things down a bit in a blog post prior to distributing the new rules to the FCC commissioners and officially opening the public debate.  It doesn’t look like he has succeeded in those calming attempts.

Stating that, “There has been a great deal of misinformation that has recently surfaced regarding the draft Open Internet Notice of Proposed Rulemaking,” Wheeler goes on to say that:

The Notice proposes the reinstatement of the Open Internet concepts adopted by the Commission in 2010 and subsequently remanded by the D.C. Circuit. The Notice does not change the underlying goals of transparency, no blocking of lawful content, and no unreasonable discrimination among users established by the 2010 Rule. The Notice does follow the roadmap established by the Court as to how to enforce rules of the road that protect an Open Internet and asks for further comments on the approach.

It is my intention to conclude this proceeding and have enforceable rules by the end of the year.

To be very direct, the proposal would establish that behavior harmful to consumers or competition by limiting the openness of the Internet will not be permitted.

Chairman Wheeler also lays out what he says are the clear intentions of the rules changes:

The piece that’s missing from this blog post, unfortunately, is any mention of whether or not the FCC will allow the creation of “fast lane” access.

One can make the assumption that any misuse of such a “pay to play” mechanism might fall under the third intention listed. But the definition of “commercially unreasonable” is certainly fuzzy enough to offer a great degree of latitude in interpretation. What does the FCC consider to be “unreasonable.” Can anyone really say at this point in the discussion? Conversely what would be deemed to be “reasonable.”

That statement is true enough as far as it goes, but it can also be viewed as a clever tactic  of tugging on the old emotional heart strings to lobby for a position.

There is also no mention of the FCC in this set of proposed rule changes considering whether or not to declare the Internet a public utility or cellular broadband providers as common carriers. The Appeals Court ruling in January essentially said that because the FCC had not made those classifications it did not have the jurisdiction to attempt the regulations it proposed.

If there is good news coming out of the firestorm the FCC has ignited here it is that the smoke and heat generated within the last 18 hours or so should help keep the debate in sharp focus as it moves along. The real trick, as is always the case, will be how motivated those who are concerned today will turn that concern into action and participate in the debate ongoing.

Note that FCC Chairman Wheeler wants to see “enforceable rules” by the end of 2014. So, the clock is very publicly ticking.