Do you feel that your AT&T data is too slow on your iPhone or Android? The FCC agrees with you and is lobbying a $100 million dollar fine against AT&T for slowing the data speeds of unlimited plan customers.

AT&T no longer offers unlimited data plans, but there are still a number of users who follow the strict guidelines to keep unlimited AT&T data plans even as they upgrade to new phones well after the original plans disappeared for upgraders and new customers.

Read: AT&T Next vs Two-Year Contract

Here’s what current and former AT&T customers with unlimited data plans need to know about the new AT&T FCC fine and complaint.

Why is FCC Suing AT&T over Unlimited Data 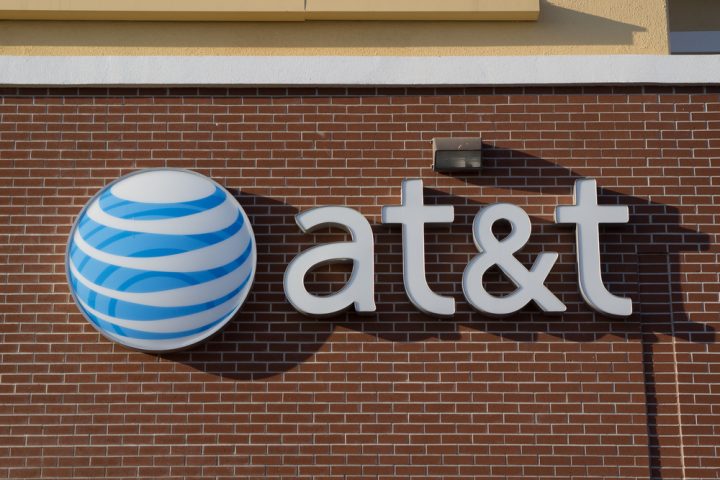 According to the FCC complaint, the fine is for, “using the misleading and inaccurate term “unlimited” to label a data plan that was in fact subject to prolonged speed reductions after a customer used a set amount of data.” The complaint also alleges that AT&T failed to, “disclose the express speed reductions that it applied to “unlimited” data plan customers once they hit a specified data threshold.”

The FCC notes that AT&T does list a 3GB limit for 3G and 4G smartphones and a 5GB limit for 4G LTE smartphones, but the FCC argues, “we find that these disclosures do not cure AT&T’s apparent violations of the Open Internet Transparency Rule.”

The frequency, thousands of complaints and the FCC’s allegation that the AT&T throttled speeds impair service

The FCC report found that consumers impacted by this policy see reduced data speeds on average 12 days per billing cycle and includes excerpts from the “thousands” of complaints from AT&T customers who pay for an unlimited data plan.

At the center of this fine and the debate is how slow the speeds drop and how this limits the usability of a smartphone. The FCC shares the following example.

“These reduced speeds—256 kbps or 512 kbps—significantly impaired the ability of
AT&T’s customers to use their data service. Although a customer may be able to send an email at these speeds, he or she may find it impossible to use AT&T’s data service in ways that most people today use smartphones—for instance, using mapping applications to get from one place to the next, streaming online video to catch up on television or news, or using video chat applications to stay connected with friends and family.

A minimum download speed of approximately 700 kbps is necessary to use FaceTime or another video calling application, and 3.5 Mbps is necessary to watch standard-definition  television. Further, at 512 kbps, a ten megabyte file would take nearly three minutes to download. At  AT&T’s widely advertised speed of 12 Mbps, it would take less than 10 seconds.”

While AT&T claims that the throttling is to fix network congestion the FCC rebuts with the assertion that,

“If this customer hit the data threshold on day 15 of his or her billing cycle, then his or her speeds were reduced for the remaining 15 days of the cycle. If the customer attempted to download a video late at night in a rural area, with no congestion on the cell tower or elsewhere, the user still was capped at a maximum speed of 512 kbps. The consumer’s speed reduction in this example does nothing to alleviate network congestion because the reduction occurs independent of any congestion on the network and is based solely on the consumer having hit a specific data threshold at some earlier time. “

The report concludes that the policy was, “not congestion-based in any respect.”

AT&T Says it is Ok to Slow Data Speeds

As noted above AT&T lists the amount of data unlimited customers can use before speeds slow and the company feels that this is adequate and reasonable. In a statement emailed to MarketWatch the company defends the current policy.

“We will vigorously dispute the FCC’s assertions. The FCC has specifically identified this practice as a legitimate and reasonable way to manage network resources for the benefit of all customers, and has known for years that all of the major carriers use it. We have been fully transparent with our customers, providing notice in multiple ways and going well beyond the FCC’s disclosure requirements.”

The FCC often settles fines for a lesser amount, which is what may happen as AT&T fights this $100 million fine. In January 2015 Straight Talk settled a similar fine over throttling for $40 million.

At this stage it is hard to say how this fine will impact the ability of customers to stay on AT&T unlimited plans. The current restrictions limit the upgrade options for consumers as actions indicate AT&T wants user to upgrade to a new data plan.

It is unlikely that AT&T will take immediate action on further limiting AT&T unlimited data plans, but we may see changes based on the outcome of the fine and any settlement that the FCC and AT&T reach.

Will I Get Money From this FCC AT&T Fine? 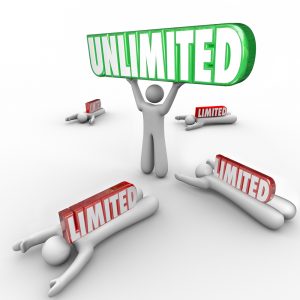 With such a huge fine in play and thousands of user complaints referenced in the FCC document current and former customers might be wondering if they will see any money from a $100 million fine.

The short answer is no. According to US code Title 47, Section 504(a), “The forfeitures provided for in this chapter shall be payable into the Treasury of the United States…” according to sources on The Straight Dope.