Fed Going Apple Might Not Be Great for Consumers

The Washington Post tells us that the Federal Government is going Apple pointing to agencies such as the Army, Congress and even the President himself using iPads now. They also mention that tech upgrades are moving more quickly, driven by the desire of their users to have technology at work as good as what they are using at home. The result is the various government entities are upgrading faster and going with less traditional technology like Windows PCs and Microsoft Office. But is this change good for consumers? 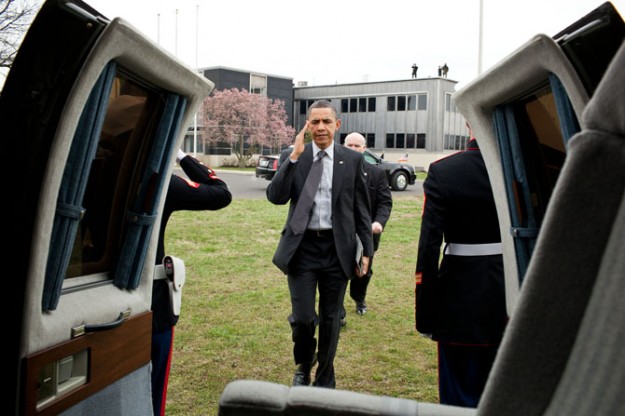 Sixteen years ago Microsoft introduced Windows 95 with great fanfare and the momentum they achieved with the release has propelled them to become the number one operating system and office suite maker for businesses and consumers alike. Most people who buy a new computer still buy a PC. However, Microsoft has become as slow as the IBM monolith they replaced. Their various technologies update at a glacial pace. Even their new Windows Phone 7, which is not even a year old, has been updated less than iOS and much less than Android. There are two reasons – size and enterprise support.

Microsoft’s size makes it hard to move the company forward. They got this big by becoming the primary supplier of computer operating systems and office suites for businesses and governments. That leads to the second reason for the slow Microsoft pace. They can’t update Windows as fast as consumers might like because their bread and butter support is from the enterprise. IT budgets don’t allow for a $50 to $100 upgrade of the OS or office suite every year for every user. So Microsoft waits for three years, more in the case of the interval between Windows XP and Vista. What does this do for the average consumer? Innovation doesn’t happen very quickly. This is why Microsoft has had a hard time competing in the tablet world even though they invented it.

Now that Apple is gaining popularity in the consumer market with the iPad, iPhone and their expensive notebooks, they are getting more government and enterprise business. Will this enterprise and government business put pressure on the company to slow down their innovation so as not to overwhelm IT buyers?

In the age of Steve Jobs, I believe Apple has the will to keep innovating no matter what these buyers say. However, if IT directors with limited budgets make up a larger percentage of Apple’s bottom line in the future and Steven Jobs steps down, will Apple continue to have the will to move quickly with fresh ideas and innovation? I’m not saying they won’t, it is a strong possibility. History often repeats itself with new characters center stage. In ten years we could be reading blog posts calling for the next CEO of Apple to step down because, even though Apple is dominating, they are not as exciting as Google and their cool Android phones, tablets, and Chromebooks?

Then again, the faster upgrade pace may continue and cloud computing advances could change the typical business upgrade cycle.